[Video Review] Norqain Gets Adventurous With Wild One & Norteq
Articles 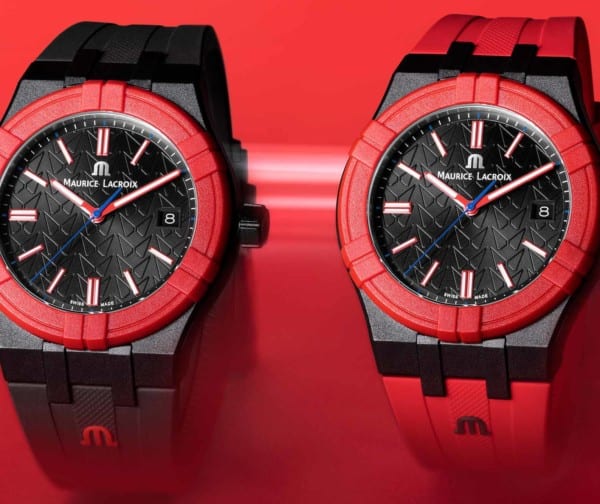 [Video Review] Norqain Gets Adventurous With Wild One & Norteq
I see plenty of discussion around the idea of a GADA watch within the watch enthusiast space, that is the concept of a Go Anywhere, Do Anything watch. Of...

[VIDEO] Owner’s Review: The Seiko SSK001 is the Best Affordable GMT Out There, But Will it Stand the Test of Time? Hands-On with the Dievas Maya MKIII
View All Reviews
Brands 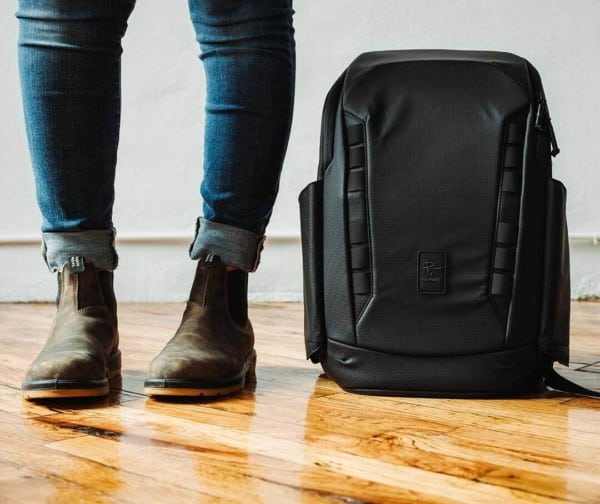 [Video Review] Norqain Gets Adventurous With Wild One & Norteq
Articles

[Video Review] Norqain Gets Adventurous With Wild One & Norteq
I see plenty of discussion around the idea of a GADA watch within the watch enthusiast space, that is the concept of a Go Anywhere, Do Anything watch. Of...

[VIDEO] Owner’s Review: The Seiko SSK001 is the Best Affordable GMT Out There, But Will it Stand the Test of Time?

As many readers are likely aware, Australia is currently struggling through one of the worst brush fire seasons in recorded history. The devastation has been widespread, not only putting human lives in danger, but wreaking havoc on wildlife and property throughout huge swaths of the continent.

Andrew McUtchen of Australia-based Time+Tide has put together an auction to help raise money to benefit firefighting and wildlife rescue organizations that have been stretched to their absolute limit as they work to minimize damage and loss caused by the fires. The Watch & Act! auction features a selection of limited edition and unique watches, some with compelling and personal stories behind them. We spoke to Andrew about the auction and how it all came together.

First things first: how are you and your Time+Tide colleagues doing in the wake up of the brush fires that have been burning in Australia?

We are all okay. We live in Melbourne, which is quite a distance from the fires in our state. The fires have largely been in the east in a place called Gippsland. However, like millions of Australians, we’ve had days of choking smoke with air quality at hazardous levels. For the first year ever, there’s been almost daily reminders of what our country, our people and our wildlife is going through.

How did the idea for Watch & Act! take shape?

We did a little auction of one of our own Doxa models for the bushfire relief appeal and it sold for 4X retail. We could tell people wanted to contribute. They were feeling helpless. Bidding on a watch with all proceeds going to bushfire relief gave them a sense of doing something about the situation. Brands also saw the auction and once the offers started to flow, we thought we’d do a bigger auction with many more lots.

How long did it take to pull the logistics together?

It was a dramatically short timeframe! A matter of a couple of weeks. I wanted to act while the world’s eyes were on the fires. I was in Dubai for LVMH Watch Week and many of my colleagues were asking if we were ok. The Golden Globes had just happened and there were also many mentions of the fires. It was a case of getting it up as soon as possible.

Were brands eager to participate in the auction?

Almost unanimously, yes. They were all aware of how devastating the fires have been. The world media coverage had been so intensive — and distressing to watch — so they barely even needed a pitch. The answer, most often, was “of course we’ll be involved!” And then, shortly after, “how can we help? What do you need from us?” I threw out my best case, which was a unique or limited piece, thinking of the bidder appeal. Many brands delivered just this. And not just brands. Our friends in the media — Hodinkee, Fratello, Monochrome, Dubai Watch Week (Seddiqi family), Revolution — also wanted to not just cover the auction, but contribute a watch to it.

What are some of the most unique or interesting watches in the auction?

The “Unique Pieces” are amazing! We not only have engraved case backs (usually with the cute little fella on the logo) but also engraved dials (there is a crossed axe insignia on the TAG Heuer Autavia) and in the case of the Zenith, a totally unique combination of materials as well as a stunning illustration that captures a familiar scene this summer; a water bombing flying over rolling hills. For me, as a pretty crazy U2 fan (who saw them play the Joshua Tree tour only a few weeks ago), the contribution of Adam Clayton’s personal watch just blows my mind. He’s worn it on stage. He’s worn it recording. What a piece of history.

What was the sourcing process like for Adam Clayton’s Moser?

We were originally discussing a totally Unique Piece with Moser, but then when we met in person to talk, they said, “Or, we could ask Adam Clayton for his personal watch…” They have a great relationship with Adam. Seeing them meet in person, which I was lucky enough to experience in Singapore at the aforementioned U2 gig, you can tell they have huge mutual respect for each other’s work. Adam was kind enough to give his Pioneer with funky blue dial (one of only three in the world) back to Moser, who in turn contributed it to the auction. An absolutely game changing moment for the auction as it raised the stakes tremendously!

Sydney watchmaker Nick Hacko has a watch in the auction — what does it mean to you to have an Australian watch as part of the sale?

Nick’s watch comes with a very heartfelt story of how it’s such a momentous piece for him (#1 of 200 of the Mark 1 model) but his wife was so upset and moved by the fires that she wanted to contribute it. It’s great to see the piece get such strong bidding attention thus far; Nick is a wonderful and very talented proponent of Australian watchmaking, so it means a lot to have him involved.

How will the money raised from Watch & Act! impact efforts on the ground in Australia?

It will go to two state-based firefighting organizations (New South Wales Rural Fire Service and the Country Fire Authority in Victoria) and two wildlife rescue organizations (Wildlife Victoria and the World Wildlife Fund) as well as one specific relief fund for an area that was hardest hit, the Gippsland Emergency Relief Fund.  Some members of my family live there and sent me some very frightening texts through the worst of the fires. They were literally waiting to jump into the river should conditions have worsened at one point. It was a very dire situation.

For folks in the watch community who want to help but aren’t able to bid on a watch, is there any way they can get involved and contribute to your cause?

We are working on this, but we’d recommend donating directly to the organisations we have nominated. They have unimpeachable reputations. The money will go where it matters! Titanic Victim’s Pocket Watch Sells for over $50,000 at Auction

Author Zach Kazan
Zach is a native of New Hampshire, and he has been interested in watches since the age of 13, when he walked into Macy’s and bought a gaudy, quartz, two-tone Citizen chronograph with his hard earned Bar Mitzvah money. It was lost in a move years ago, but he continues to hunt for a similar piece on eBay. Zach loves a wide variety of watches, but leans toward classic designs and proportions that have stood the test of time. He is currently obsessed with Grand Seiko.
Categories:
Interviews
Tags:
InterviewTime and Tide
Copyright ©2011 - 2023, Worn & Wound LLC, All Rights Reserved.
By clicking “Accept All”, you consent to the use of ALL cookies. However, you may visit "Cookie Settings" to provide a controlled consent.
Cookie settings Accept All
Manage consent