Back in the early 1980s, kids fortunate enough to have one of the new, exciting digital watches used to compare functions. “Mine’s got 5; hours, minutes, seconds, date and day so it’s better than yours.” In those early days, this could only be trumped by some flash so-and-so showing off the stopwatch on theirs.  That would be three functions all on its own with hours, minutes and seconds. Casio’s engineers in 2021; “Aw, that’s cute.” It can’t be long before an enterprising university somewhere offers a Masters in G-Shock functions and use.  It’ll be a degree by research simply because it is now impossible for the average person to understand everything a modern G is capable of.  Put it this way; the manual for either the Gravitymaster or the Mudmaster runs to nearly 10,000 words. So what’s the difference between these two new Gs?  The clue is in the names – the Gravitymaster is intended for pilots whereas the Mudmaster is for those who are very much more down to earth, quite probably up to their necks in it. Casio have put a huge amount of thought into both watches. For example, the Mudmaster has specially designed non-slip buttons and protection within the case to keep the tiny particles in mud and grit out.  The Gravitymaster has large buttons made to work with flight gloves. 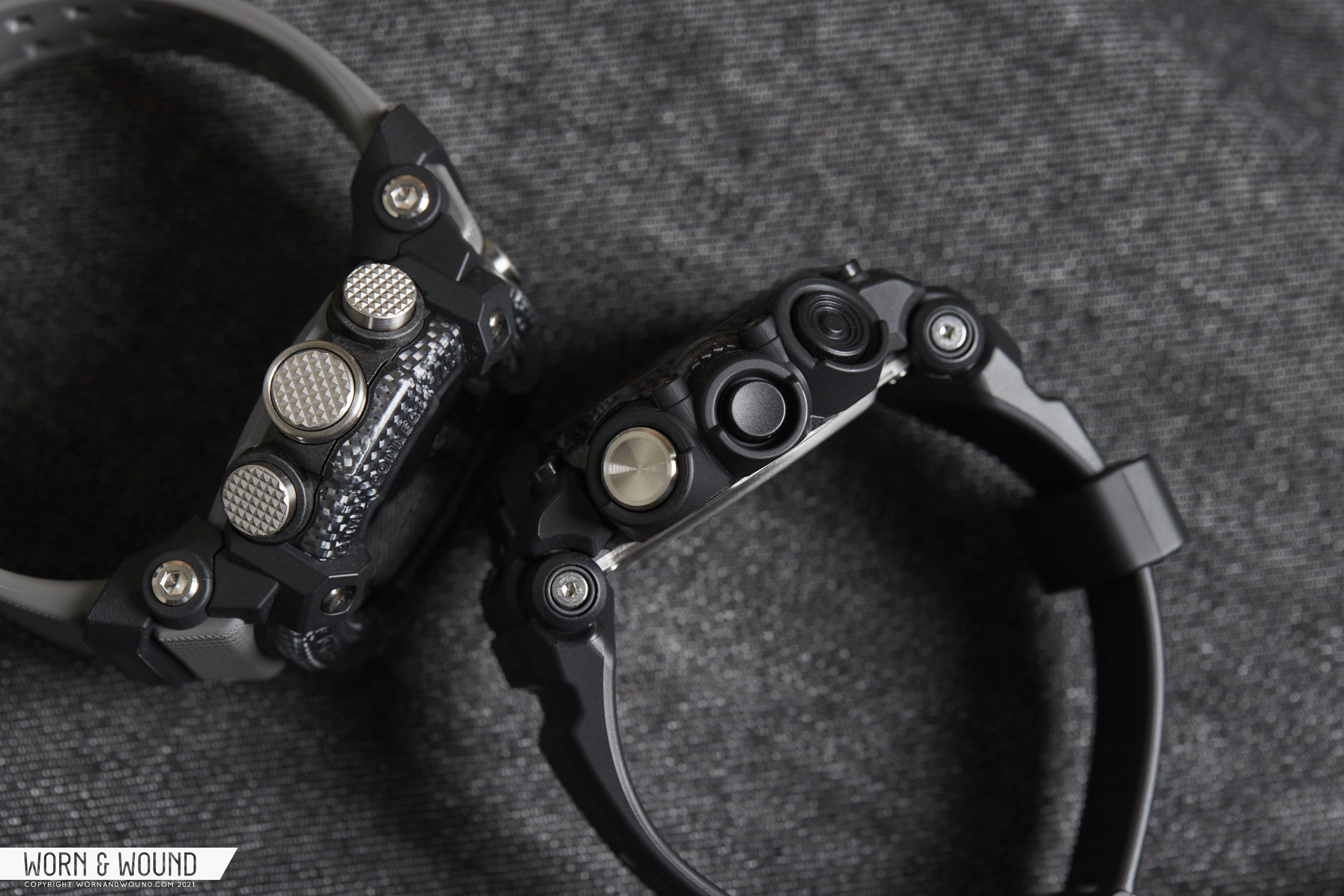 Both watches have the usual blizzard of G functions – alarms, timers, 1/100th stopwatches, world time, coffee maker and satellite laser beam controller but they also offer Casio’s Quad Sensor functionality. This means they’ll tell you the temperature, your altitude and the barometric pressure as well as where to go with a digital compass. And so you know how long it took you to get there, there’s a pedometer too. And they do it to an impressive level of precision, too.  Either watch will measure temperature to within 0.1°C, direction to 1° and altitude down to the last meter.

Casio have realised that it’s not always easy to remember the traditional ‘push button A whilst holding buttons B and C and declaiming the Mahabarata in its original Sanskrit’ G-Shock instructions, so you can link your watch to your phone with Bluetooth to control, set and use it.  In fact, both watches have a neat feature where, at the press of one of those buttons, it’ll ring your phone if you’ve lost it somewhere. 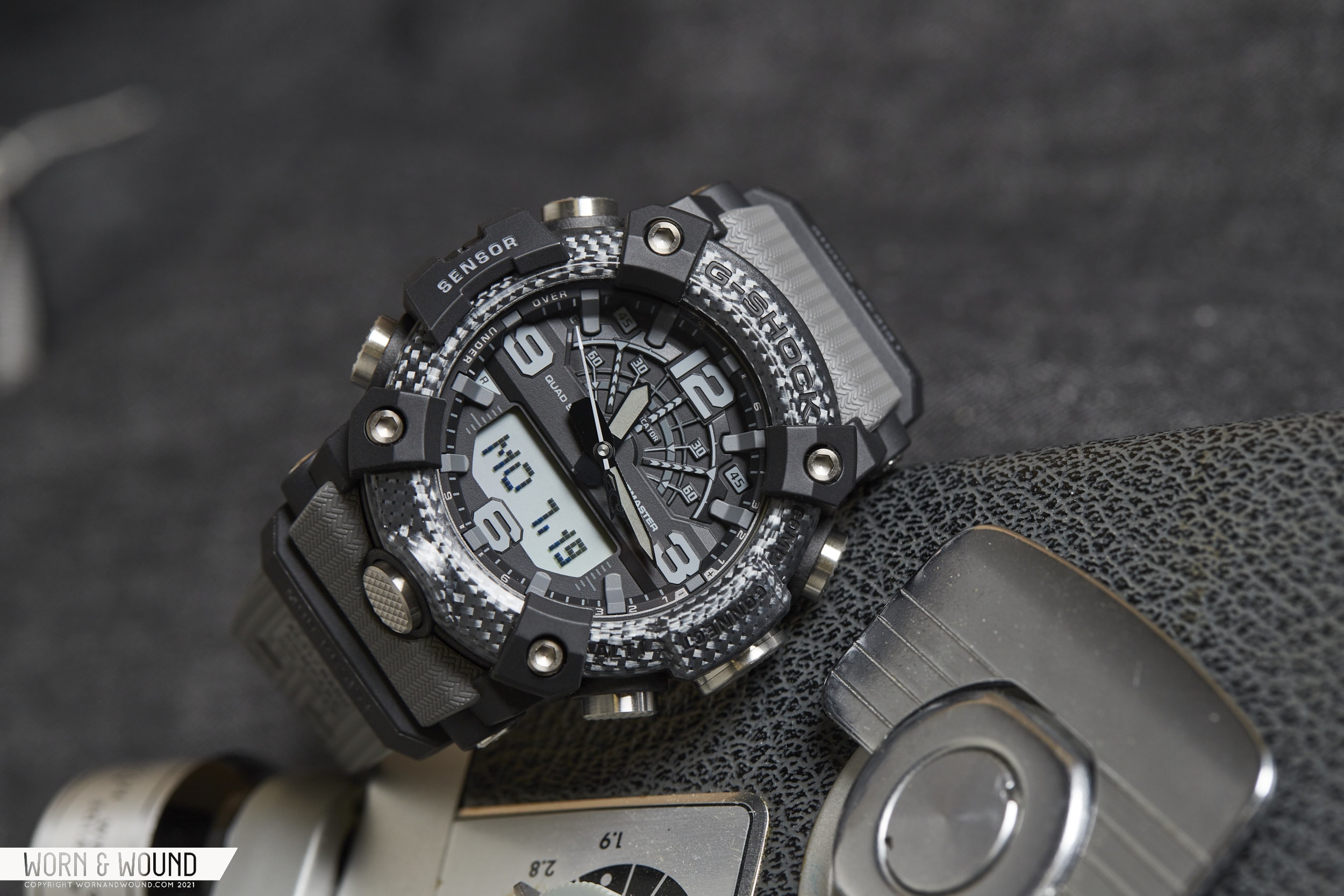 The rugged stuff is pretty much taken for granted; you can pretty much do what you like with either of these Gs. Sherman tank missing an engine mount? That’s fine. Oil exploration platform needs a wedge to hold it up? Yep, use your G. 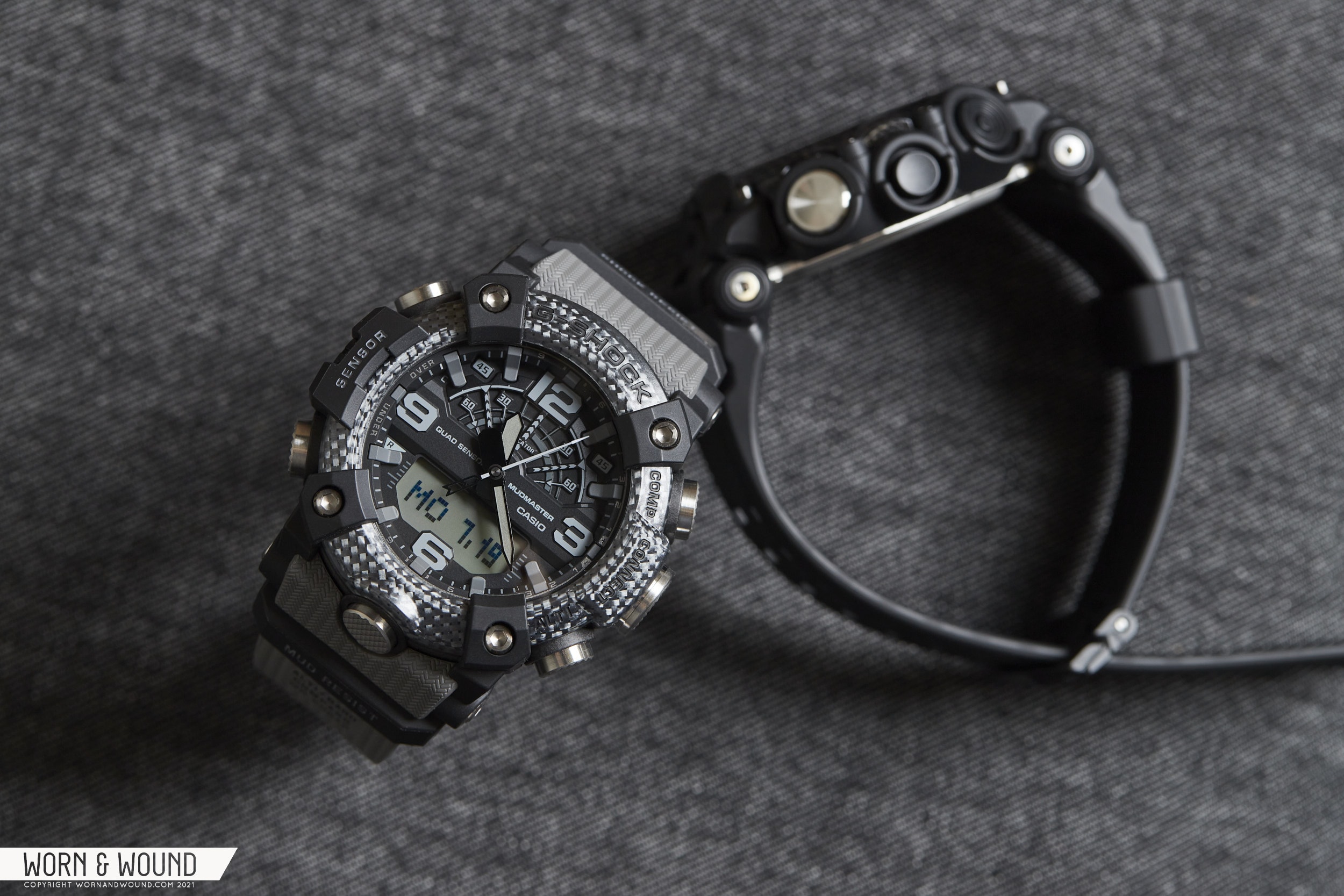 And both watches also have a clever two-level auto sensor that knows whether it’s day or night and puts them to sleep after they’ve been inactive for a while to save battery.  Bluntly, with the amount they do, they deserve the rest. The GGB100-8A retails for $380, and the GRB200-1B retails for $350, both will be available in July. G-Shock.

Author Mark McArthur-Christie
Mark developed a passion for watches at a young age. At 9, he was gifted an Omega Time Computer manual from a local watch maker and he finagled Rolex brochures from a local dealer. Today, residing in the Oxfordshire village of Bampton, Mark brings his technical expertise and robust watch knowledge to worn&wound.
markchristie mark_mcarthur_christie
Categories:
Featured
Tags:
G-ShockGravitymasterMudmaster
Related Posts
Article / Featured

Past and Present: The Story of An Unbreakable Watch, and the New G-SHOCK MUDMASTER GGB100