You don’t need to be a racing fan to know the name Mario Andretti. Arguably one of the most accomplished and iconic American race car drivers of all time, Mario Andretti has had a long and storied career, taking the checkered flag 111 times over the course of five exciting decades.

Mario’s story begins in 1940 in Montona, Italy (modern day Croatia), where Mario and his twin brother Aldo were born. The Andretti family left in ’48 as refugees after Montona’s annexation, and in 1955 the Andrettis made their way to America, where they settled in Nazareth, Pennsylvania.

Mario and Aldo’s fascination with cars and racing first developed in Italy, but it was in Nazareth that their early childhood love for motorsports really had a chance to blossom. After discovering a nearby dirt track, the twins, along with a group of friends, fixed up and took turns racing a 1948 Hudson Hornet Sportsman. Much of this was done in secret because the boys’ parents didn’t approve of racing, and an early injury sustained by Aldo nearly put the kibosh on the whole thing. Nevertheless, Mario drove in his first official race in 1959, and in just two seasons he won 20 races behind the wheel of a stock car.

The next 10 years were critical for Mario’s career. He drove in his first Indy Car event in 1964 in Trenton, New Jersey. A year later, he won his first Indy Car race, the Hoosier Grand Prix, and finished third in the Indianapolis 500. That same year, he won his first Indy Car Championship with 12 top-four finishes, becoming the youngest driver at 25 to win the title. In 1967, Mario won the Daytona 500 stock car race and was named “Driver of the Year” for the first time. But it was 1969 that proved to be career-defining. Mario, in his fifth attempt at the title, placed first at the Indianapolis 500, leading a total of 116 laps and hitting 15 of the 20 records set during that race.

As noted above, his career continued for many successful decades totaling 876 races, but that Indy 500 win is the stuff of legend, and Mario himself admits that even amongst his fans, that’s the one that “stands out.”

Mario is also a watch guy. In fact, he often wore a watch while behind the wheel of a car, and many photos from his races show Mario with a watch strapped to the wrist. However, Mario did not purchase many of the watches he’s owned or owns today — they were either won or gifted to him.

But Mario actually purchased the watch he wore during that 1969 Indy 500 win, which celebrates its 50th anniversary this year. That watch is a Yema — or to be more precise, a Wesley’s — Rallye chronograph. (FYI: Yema, like many brands at the time, did private label work, and Andretti’s Wesley’s chronograph is a rebadged Yema.)

Based in France, Yema may not be a household name like some of the bigger players in the industry, but it does have a cult following in vintage collector circles. The brand was started in 1948 by French watchmaker Louis Belmont, and in the time since Yema has existed in one form or another, even being owned by Seiko for 20 or so years. Today, Yema is back under French ownership, producing both new and vintage-inspired watches that have piqued interests of enthusiasts all over.

The original Yema Rallye is an unabashedly racing-inspired watch, with a distinctive case and dial design that looks as cool today as it did back in the ’60s. Measuring just 39mm wide, it’s a great size for contemporary wear, and the Valjoux hand-wind 7730 chronograph caliber inside is top-notch.

This year, Yema has re-released the “Andretti” Rallye with a near one-for-one recreation. The new watch is largely faithful to its historical counterpart. The biggest differences come in the form of the updated sapphire crystal, a Valjoux 7753 caliber, and a commemorative case back.

Mario Andretti and Yema have teamed up for this project, which celebrates both the watch and Andretti’s legendary Indy 500 win. When asked why this reissue was something he wanted to be a part of, Mario answered simply and honestly: “It’s an emotional thing, you know, and that’s what this is . . . there’s a real story behind it. It’s part of something really positive and that’s what I love about it.”

To learn more about the watch, which is limited to just 1969 pieces, visit Yema. 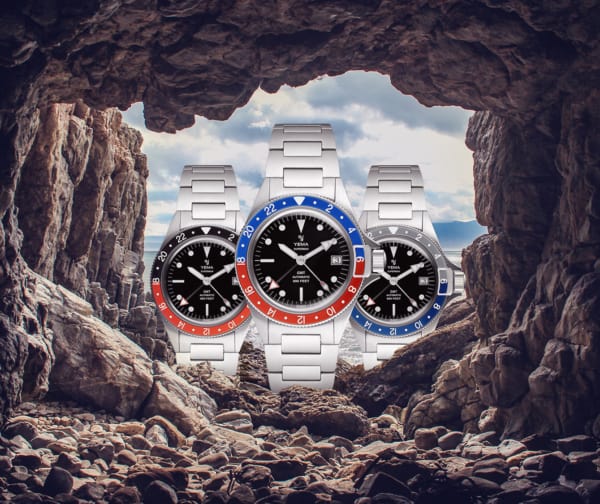 Author Ilya Ryvin
Ilya is Worn & Wound's Managing Editor and Video Producer. He believes that when it comes to watches, quality, simplicity and functionality are king. This may very well explain his love for German and military-inspired watches. In addition to watches, Ilya brings an encyclopedic knowledge of leather, denim and all things related to menswear.
ryvini
Categories:
Featured
Tags:
Mario AndrettiYema
By clicking “Accept All”, you consent to the use of ALL cookies. However, you may visit "Cookie Settings" to provide a controlled consent.
Cookie settings Accept All
Manage consent