Editor’s Note: This 3 watch collection for $5,000 is brought to us by reader Adam McBride, who seems to have a bit of a soft spot for Seiko and Grand Seiko. No argument there.

If you’d like to send your 3 watch collection for $5,000 you can use this submission form.

When I started getting hard into watches back in 2015, I—like many—saw Seiko as my “first brand.” But the more I learned about it, the more I wore Seikos, and the more I began to take seriously my watch purchasing and ownership decisions, the more I realized that they could easily be my “only brand.” See, I’m a father of four young boys, operating on a well under a $100k annual income (from a job I absolutely adore), and the idea of regularly dropping a fat stack on beautiful but pricey watches and their service intervals just isn’t going to happen anytime soon, if at all.

And I’ve become ok with that; there are many brands that can bring the heat at a relatively approachable price point, and Seiko’s at the front of the pack in my opinion. They make solid options with pedigree and great design chops both for the days I wear a suit, as well as for the days I’m working with a pick-mattock in the garden. So, for my life, here are three Seikos (among many) that I’d be happy to call my 3 Watch Collection. 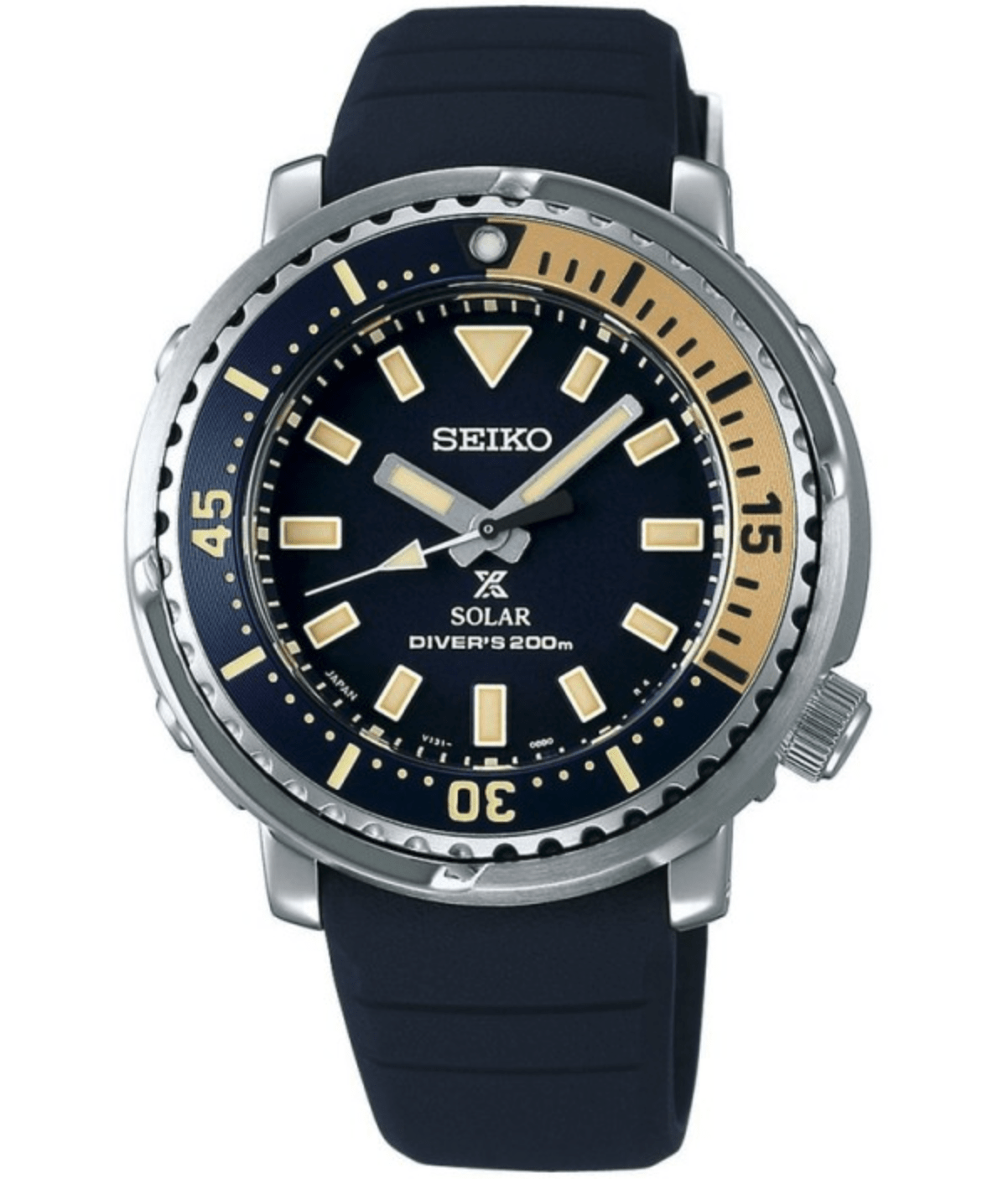 This right here, folks, is a concentrated form of much of what makes Seiko great in my eyes: the brand’s history of storied dive watches, forward-facing technological innovation, and unique designs that can be at once distinctive and approachable. It’s all here in a gloriously-wearable, tuna can-shaped package.

While some may scoff at the solar movement and the cream-colored lume (I am on several records for bemoaning fauxtina), I love them here: the lack of a mechanical movement makes this piece both more rugged and reliable, and the lume color reads less as fauxtina to me since it echoes the highlight colors on the bezel. This is a day-in, day-out kind of watch that I can really get behind.

Exhibit A: The first automatic chronograph movement to hit the market.

Exhibit C: Worn by and nick-named after Bruce Lee.

I rest my case. This watch hit me like a truck. At first glance, I felt that its dressier elements (e.g. the dial, the polished indices, the moderate sizing, and hand shapes) should clash with the sportier elements of its design (e.g. the pops of red, the lume, the bracelet, and—of course—that bezel), but it all comes together in a harmonious whole that could easily dress-up or dress-down, on the road or at home.

Some here might say, “But that bezel: I’ve seen it before…” Ok, so let’s talk about it. I am not fond of watch companies trying to replicate popular models from other companies,  all so a buyer can have the same (or very similar) design for less money. Here, we’re talking about Rolex’s Explorer II 16570 (maybe my favorite watch design of all time), which most certainly served as inspiration for the bezel on this GS. But, unlike other GMT’s that interest me exactly zero for the proximity of their design to the Rolex (e.g. Sinn’s 105 UTC, Christopher Ward’s C60 Trident, etc.), I don’t feel that this watch is trying to be a less-expensive alternative to the Explorer II (Seiko’s Sportura SUN025/28 is, however, another story…); rather, I think that GS was trying to make a watch that could fill that same space (i.e. a ~40mm sporty GMT with fixed 24-hr bezel) that is still a GS.

Author Worn & Wound
This is the house account for Worn & Wound. We use it on general articles about us, the site and our products.
Categories:
EditorialFeatured
Tags:
3 watches for 5000
Related Posts
Article / Editorial

The 3 Watch Collection for Under $5,000: Reader Edition