In the late 1960’s and early 1970’s California’s Bay Area was haunted by a vicious and elusive serial murder who called himself Zodiac. His crimes, which began in December of 1968 and continued into 1970 were made all the more sensational by the killer’s taunting of police by sending letters and coded messages to the press throughout and beyond his spree. Incredibly the killer sent postcards and letters to police taunting them and detailing his supposed body count (the Zodiac claimed 37 victims although only 7 have been officially attributed to the killer). While there were several strong suspects throughout the years no one was officially charged with the crimes. The investigation remains open to this day with new leads still followed up on by police and heavy discussion from interested people on Zodiac discussion boards. In 2007 director David Fincher took the Zodiac story from the Robert Graysmith novel and adapted it to the big screen, presenting a fictionalized yet still quite accurate account of the Zodiac crimes. Cast in the film were Jake Gyllenhall, Mark Ruffalo, Anthony Edwards and Robert Downey Jr.. The movie received overall positive reception by critics despite it’s long runtime and lack of heavy action scenes. It paints a good enough representation of the actual crimes to provide some background to those unfamiliar with the killer and his crimes. The plot follows writer Robert Graysmith (played by Gyllenhall) as he follows the Zodiac case and its impact on his life and those associated with the case. The plot very closely follows that of the book which is a non-fiction account of the Zodiac story. The film is long, pushing three hours, but for those interested in the specific Zodiac case or mystery films in general it is a very good film.

In the film there is a pivotal scene in a police interrogation room wherein one of the detectives notices the suspects wrist and what watch he is wearing. The suspect in this case is Arthur Leigh Allen (played by John Carroll Lynch) who is in for questioning as a prime suspect in the Zodiac killings. The watch on his wrist bears the killer’s namesake: a Zodiac. When asked Arthur hands over his watch to one of the detectives and we can see that it is a white dialed Zodiac Sea Wolf. The detectives are shocked to see the same symbol used by the Zodiac killer on his letters and cyphers right on the dial of the watch. It appeared, amazingly, the Zodiac killer had lifted his signature from a wristwatch. The Sea Wolf was launched by Zodiac in 1953 and was one of the first serious diver’s watches that was marketed for the general public. The Sea Wolf went through a twenty year production cycle with 35 different models throughout it’s life. In the case of the movie they chose a while dialed version in one of the more common variants. The watch looks to be genuine rather than a Hollywood prop which means the props department knew what they were doing. The movie watch has some nice patina and looks well used; it would be quite something to learn where the movie watch is today.

As mentioned above the Zodiac film is quite accurate in its overall portrayal of the Zodiac crimes, and that detail goes right down to the watch. In a case of art imitating life, two detectives actually did notice a Zodiac watch on the wrist of suspect Arthur Leigh Allen while speaking with him outside his home (in the Graysmith’s book Allen’s name was changed to Robert Hall Starr). From Zodiac Unmasked by Robert Graysmith, p. 37 & 38:

“Toschi noticed a big watch on Starr’s wrist. “It was a rugged man’s watch,” he told me later. “It’s the kind of watch a man would buy to be seen – ‘Look at what I’ve got on my wrist.’ And I spotted it instantly – the word ‘Zodiac.’ I asked him specifically to show it to me. ‘That’s a nice watch you’ve got there,’ I said. ‘Oh, I’ve had it a while, he said. ‘Do you like it?’ I said. ‘Oh, yeah.’ he said. And you can see the letters Z-o-d-i-a-c. I still remember seeing that watch. And he wanted people to see what he had on his arm. He wore it in defiance. I couldn’t take my eyes off it. When we saw the watch we were amazed – and the brother and sister-in-law afterwards mentioned to Armstrong and I that, ‘He even wears a Zodiac watch.’ “

The Sea Wolf is on the small side by today’s standards; with the market flooded with 44mm and larger watches today one that measures 35mm in diameter certainly does not seem a “big watch.” Given the unique design and the shock of seeing the Zodiac killer’s symbol their reaction may have been a bit exaggerated, who is to say. From what I can find it has also never been completely confirmed that it was a Sea Wolf, although it does seem a reasonable guess given Allen’s past.

It is quite shocking to think that a serial murder took his signature from a popular brand such as Zodiac, the fact which still bothers some fans of the brand. Despite the link to a killer these vintage Sea Wolf watches are highly collectable and can be difficult to find. If you come across one, hold on to it, you may have a piece of history. 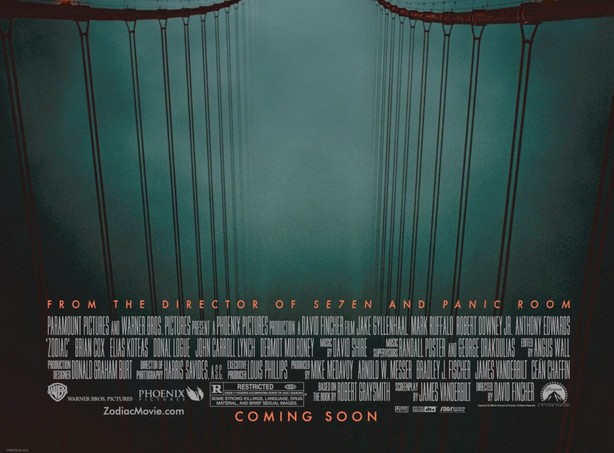 Author Zach Weiss
Zach is the Co-Founder and Executive Editor of Worn & Wound. Before diving headfirst into the world of watches, he spent his days as a product and graphic designer. Zach views watches as the perfect synergy of 2D and 3D design: the place where form, function, fashion and mechanical wonderment come together.
wornandwound zsw
Categories:
Multi-Part Series
Tags:
watches in movieswatches on the screenZodiacZodiac Sea Wolf
Related Posts
Article / Multi-Part Series