Hands-On: The New Chrono-Classic from Farer in Meredith Trim
Articles Hands-On: The New Chrono-Classic from Farer in Meredith Trim
Farer watches aren’t exactly shy on personality, and historically, I’ve always found that their chronograph collections sit at the apex of the... Hands-On: The New Chrono-Classic from Farer in Meredith Trim
Articles

Hands-On: The New Chrono-Classic from Farer in Meredith Trim
Farer watches aren’t exactly shy on personality, and historically, I’ve always found that their chronograph collections sit at the apex of the...

The Apple Watch Series 2 was unveiled today alongside the rest of Apple’s product launches, and it was largely what many expected it to be. The case has been upgraded to be “swimproof,” there’s a new operating system (watchOS 3), and there’s also a new (and pricey) case option of white ceramic. There are, of course, a handful of other upgrades and announcements relating to the latest iteration of the Apple Watch, and if you’re so inclined there are lots of tech blogs more than adequately covering the launch.

The most interesting thing to the w&w team, however, came in at around 10:24am PDT, when Apple put up the following slide:

Apple, at least through the mouth of Design Chief Jony Ive, has long claimed that that the Apple Watch would disrupt the Swiss watch industry. This bit of bravado was met with rancor within most enthusiast circles, as did the euphemism of calling a wearable computer a “watch.” The aforementioned slide—titled “2015 Worldwide Watch Sales” (in terms of revenue)—places Apple right behind Rolex, and ahead of brands like Fossil, Omega, Seiko, Patek Philippe, and Casio, and only serves to highlight Apple’s claim. It’s quite telling that Apple chose not to present a similar slide focused on wearables, a category where the Apple Watch is undoubtedly king. This is the market that Apple wants to go after, and with that graphic Apple is saying that it’s on its way to the top.

But the slide is undoubtedly misleading. Few would be surprised to see that the largest tech company in the world would do reasonably well with a release in a new product category. But Apple selling a watch is much like McDonald’s deciding it’s going to start selling sushi. Sure, McDonald’s would likely become the single largest proprietor of sushi in terms of revenue, but it won’t appeal to those who know what real sushi is. Nor does it indicate anything with regard to the quality of the product. Ultimately, the slide says less about Apple being able to sell a great watch to traditional watch consumers, and more about Apple’s power to produce and sell volume when it comes to their products.

All of this is not meant to reignite the debate, “is the Apple Watch a watch?” I am simply saying that for those interested in fine, long-lasting mechanical wrist watches, be they from Seiko or Patek Philippe, an Apple Watch with its inherently limited lifespan is no replacement. The graphic seems to imply that it is. And while there is certainly a degree of functionality offered by the Apple Watch not available in a classic wrist watch, and to that there is some merit worth noting, the watch making world’s biggest problem is not the Apple Watch.

Needless to say, the Apple Watch is a provocative product, and you’ll surely be hearing about it again. And as I wrote above, there is some merit to the product, which we’re sure to explore in a later hands-on. 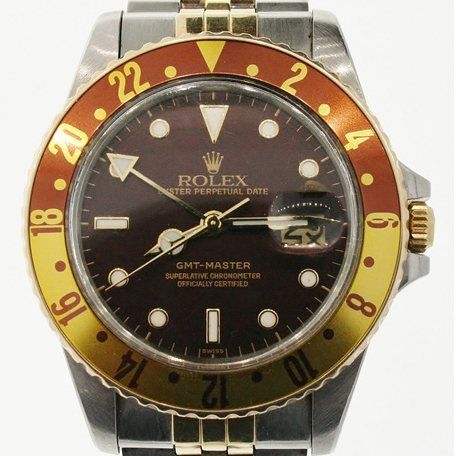 Author Ilya Ryvin
Ilya is Worn & Wound's Managing Editor and Video Producer. He believes that when it comes to watches, quality, simplicity and functionality are king. This may very well explain his love for German and military-inspired watches. In addition to watches, Ilya brings an encyclopedic knowledge of leather, denim and all things related to menswear.
ryvini
Categories:
News & Releases
Tags:
AppleApple Watch
Copyright ©2011 - 2022, Worn & Wound LLC, All Rights Reserved.
By clicking “Accept All”, you consent to the use of ALL cookies. However, you may visit "Cookie Settings" to provide a controlled consent.
Cookie settings Accept All
Manage consent