Even its mother wouldn’t describe the Lemania 5100 as ‘pretty’.  A child of the late 1970s, it grew up just as those nasty rough boys from the Japanese quartz industry were climbing over the playground wall and duffing up anything Swiss and mechanical they could find.  But although it wasn’t a looker, it most certainly was a do-er.  The 5100 found its way into the sort of applications that need cheapness, robustness, reliability and resilience more than the right sort of finishing on its movement plates.  Areas like military operations, space exploration and motorcar racing. 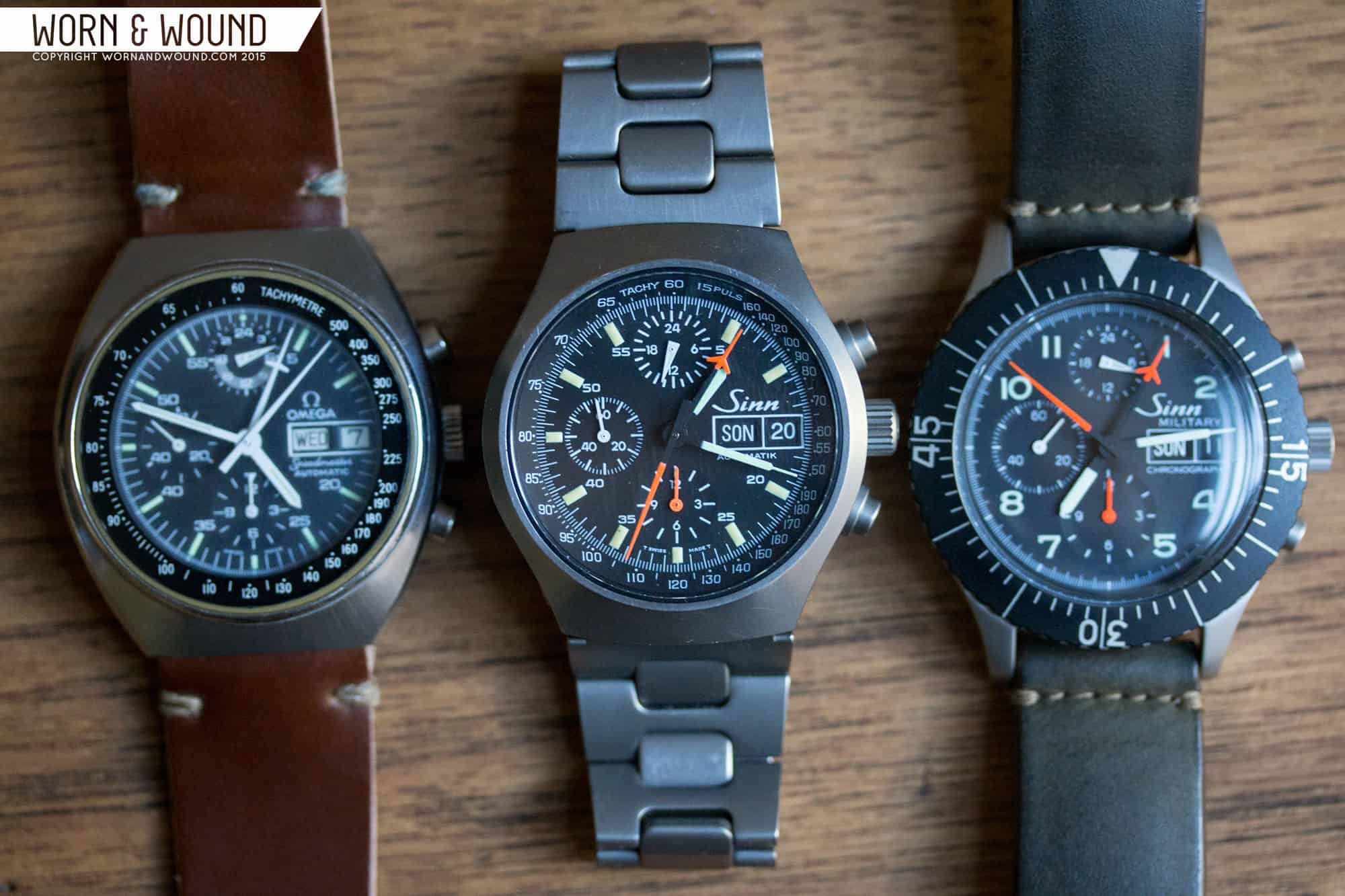 But it was this very robustness and no-nonsense attitude that damned it and meant even its military advocates couldn’t keep it alive.  The industry changed; appearance became more important than function and the axe-wielding accountants and brand-primpers of the Swatch Group made sure the 5100 was sidelined in favour of shinier things.

In fact, the story of the 5100 is an example of a great deal that’s wrong with current horology.

The Lemania 5100 is not designed to be viewed reverently through a sapphire glass back. It’s not meant to be the recipient of anglage and côtes de Genève.  Instead, it’s meant to work.  And work under the sort of conditions that cause more effete movements to make their excuses and claim a prior engagement with their manicurist.  Then, when those other movements are fanning their foreheads and fainting for a service, the 5100 is contemptuously ticking happily for at least twice as long.  And when the back finally does come off, its construction means that doing the work doesn’t involve an electron microscope, parts made from distilled unicorn tears and the skills of a brain surgeon. All in all, the 5100 is the movement equivalent of the million-mile-capable Mercedes OM602 2.5 diesel engine.  It ain’t pretty, but it’ll run for ever and if you’ve got a 15mm spanner and a hammer you can fix it.  For example, there’s no need to dismantle the whole movement to get to the barrel.  Just pull out the central arbour and you’ve freed it.

You get a proper cam-actuated, direct-drive chronograph showing both seconds and minutes on the main dial.  You get running seconds at 9.00, a date and 12 and 24 hour subdials too.  Seven hands in total.  But the party trick is the way it’s all done so elegantly.  Yes, most of the talk about the 5100 is about how tough it is, but it’s actually far more mechanically elegant than many more expensive units. 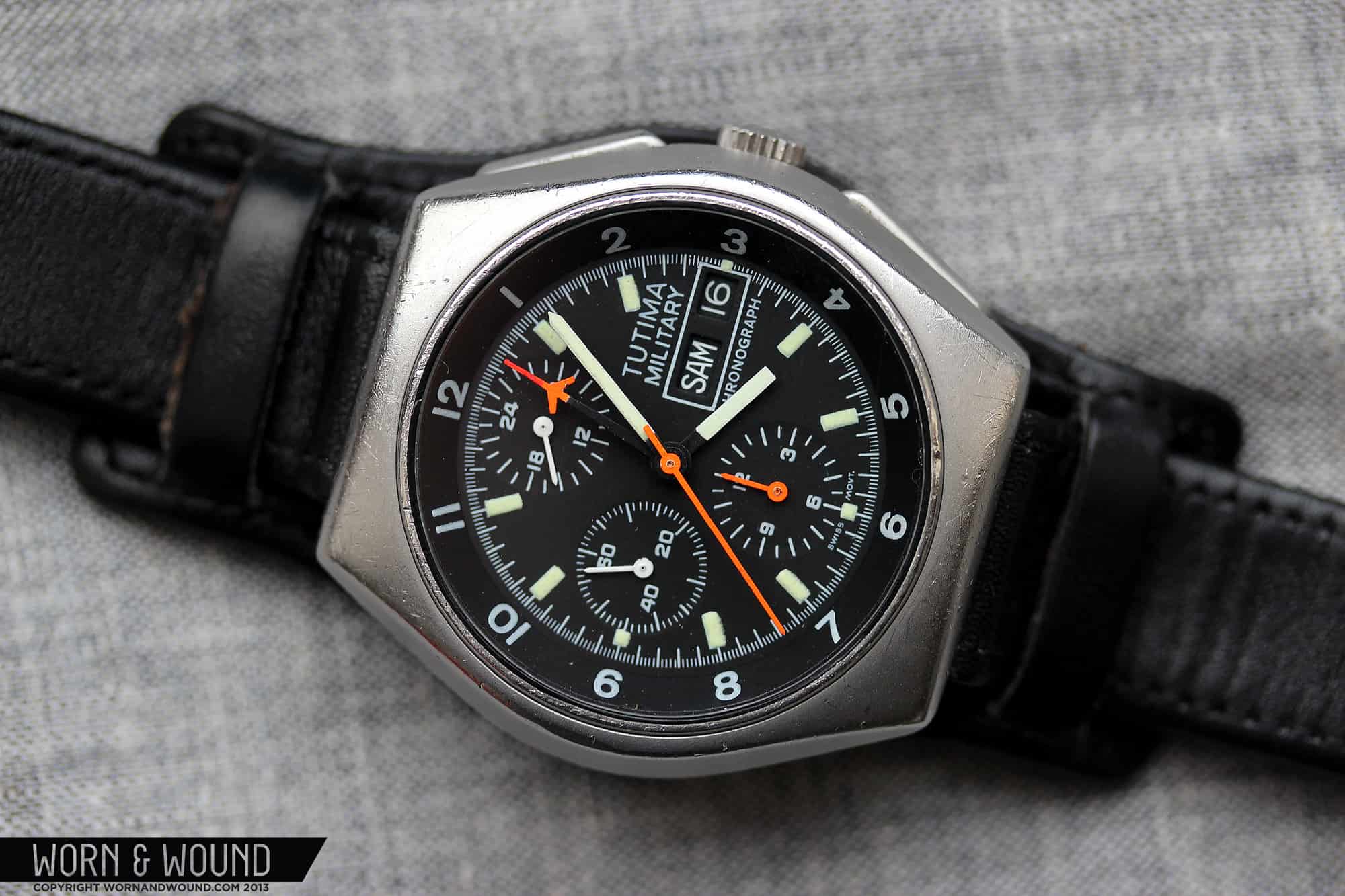 Start with the movement plates and bridges.  Why spend fortunes milling individual components when you can stamp a few hundred of them from a single sheet?  Then, fix the bridges to the main plate with with good, old-fashioned pillar construction.  You’ve saved yourself enough to buy lunch at Baselworld already.

Because this is a movement that’s all about function and not bragging rights, think about other materials you can use for parts.  Do you have to use metal for everything?  How about plastic?  Delrin, specifically.  It’ll cope with temperatures that kill other materials, it’s rigid but still absorbs shocks, barely fatigues over time and has a natural lubricity.  It also gives the haute horlogerie mob kittens. The 5100 runs a delrin day and date wheel, cams and a chrono clutch wheel.  Its balance cock is mounted on a shock-absorbing, low-friction delrin plate.  And the movement is bracketed by a shock-absorbing delrin buffer – five years before the first G-Shock started looking at protective plastic parts in watches.  There’s a clear, plastic plate protecting the chronograph mechanism too.

It’s low-cost, effective, easy to produce and repair and does the job beautifully.  Proper classical elegance, as Pirsig would put it.

Don’t waste money on one of those expensive Incabloc shock absorbers for the balance.  Not when there’s a simpler, cheaper Kif system that’ll do the job.  There – now you can afford coffee with your Baselworld lunch. Finally, rather than running in a tiny, precision ball bearing race, the rotor is seated in a hard iron bearing.  And it’s held on with a simple friction push-fork.

That all gives you a movement that will withstand the shocks of flying (and jumping out of) aircraft, battle, motor racing and pretty much anything else you can chuck at it.  The 5100 will, apparently, withstand a 7G shock without problems and run for seven years without a service – all years before Casio’s “Triple Ten” concept.

When times in the industry were tough, the 5100 was a staple movement for Tutima, Sinn, Heuer. It even found its way into rather smarter applications with Omega and Orfina’s Porsche Design.  Then, as quartz began to lose its shine and mech reinvented itself as a luxury product, the industry started to look on the 5100 as the embarrassing ugly kid of the family. Mechanical watches had changed.  Where, until quartz took over, they’d been the norm on everyman’s wrist, now they were getting a bit of swank on.  And as Swatch group started absorbing smaller watch businesses, it became all about who had the latest complication, the newest materials and the flashiest perlage.

Once Lemania was absorbed by Swatch in 1999, the 5100 had nowhere to go.  It was the antithesis of everything the Swiss watch industry now stood for – and wanted to stand for. By 2003/4, despite protests from the military, it had been quietly discontinued. But the 5100 lives on.  Sort of.  ETA makes the 2009 C01.211 movement that has some very strong genetic links to it indeed.  But this ain’t progress.  There’s no central minute counter – one of the most useful features of the 5100.  The jewel count is down from 17 to 15 jewels too. You’ll find it in the Tissot PRC, Couturier and a few Swatches.

You could, being charitable, argue that the C01 is the logical next step for the 5100 – even simpler, even more robust, even cheaper.  But it’s a shame that a movement of this quality and fitness for function has now been relegated to powering stuff at Swatch Group’s bottom end.  With not just history and heritage behind it – but quality and classical elegance too – it surely deserves better.