Over the past few months we here at worn&wound have featured a number of watch brand hopefuls who were using some form of crowdfunding in an effort to get themselves off the ground. This format for funding a project has exploded in the past couple of years and it is a great fit for watches projects. They target the audience that wants the product and if there is enough response, it gets made. Hopefully. Time to look back and see how the projects we have featured here have faired.

The idea behind Rossling & Co. was that of a simple, slim dress watch with an affordable price and a versatile design. The project was looking for a reasonable pledge range from $119 to $139 which would provide the contributor with one watch and strap. The company’s funding goal was $19,200 and they were able to successfully blow that number out of the water with an ending total of $170,002 from 1,280 backers. Definitely a job well done. The last update from January 26th is that the watches would soon be shipping. So if you got in on this one it will be in your hands soon.

The Xeriscope has gotten a lot of press since the campaign launched, mostly for how quickly their Kickstarter campaign exploded. Well before the end of the campaign the team had raised well above their $40,000 goal and upon completion ended up with a whopping $444,370 from 1,148 backers. The watch may not appeal to everyone but clearly there was enough of an audience for XERIC to get this model off the ground.

The Oblako Stratus was a simple watch with a customized dial created by the wearer. It was a simple idea that would provide the buyer with something that was tailored to their particular likes. Funding pledges were set at a reasonable $70-$152 (USD) levels which provided the quartz powered watch and customized titanium dial. The team was after a funding goal of $25,000 CAD which would give them funds to produce the watch and above that develop a web based design tool. Sadly the project fell short with 71 backers providing $6,467 CAD. Since the end of the campaign on December 30th, 2013, there have been no updates to their website or Facebook page to know if they have an alternative plan or if they are going to proceed.

Melbourne Watch Company founder Sujain Krishnan turned to Indiegogo in an attempt to get his Flinders Automatic off the ground. The watch was named for a Melbourne landmark and had the goal of offering a high quality mechanical movement, a slim case and an affordable price tag. The Miyota 9105 powered watch had pledge levels of $350 AUD and $495 AUD with a total goal of $10,000 AUD to get the watch into production. Happily the Flinders Automatic ended with 94 funders and a total of $27,122 AUD. The first batches of watches have been delivered and are going through quality control checks before being shipped to their patrons. You can go to their website and buy a Flinders in white or black dial and check out their next offering, the Hawthorn.

The Mouve had clear inspirations in terms of its design. It pulls elements from Panerai, U-Boar, Tsovet and others. Big, bold looks and a stark, simple design were what the designers were after, and they succeeded, like it or not. Despite its almost familiar looks, the watch did still have some things to offer, including a proven movement in the Seagull ST2130 and a sapphire crystal. Pledge ranges started at $260 and went as high as $1,000 which would have let the backer customize their M01. The challenge here was the lofty funding goal of $190,000, which they were unable to reach. At the end of the campaign Mouve managed to raise $66,521 with a total of 227 backers.

Yes Man Watches has a simple watch design with a different take on the watch buckle. The simply designed watch features a white dial with stick markers and a basic quartz Miyota movement. The company is selling based on the idea of feeling “restricted by the idea of 9 to 5 jobs” and “there isn’t anything holding you back but yourself.” What they really are hoping to sell on is their strap that uses a different sizing method over a standard hole and tang buckle strap. The underside of the strap has a series of raised notches that the buckle clicks into to use for sizing. The campaign ends February 14, 2014 and with a few days to go (as this is written) Yes Man Watches has 275 backers for a total of $30,568; just a little over double of their $15,000 goal.

Four of the six projects that we have covered recently have found success in the crowdfunding arena which shows promise for the watch market and this way of bringing products to market. The longevity of these brands is the big question, but for the short term they have their success, and we hope they can keep it going. 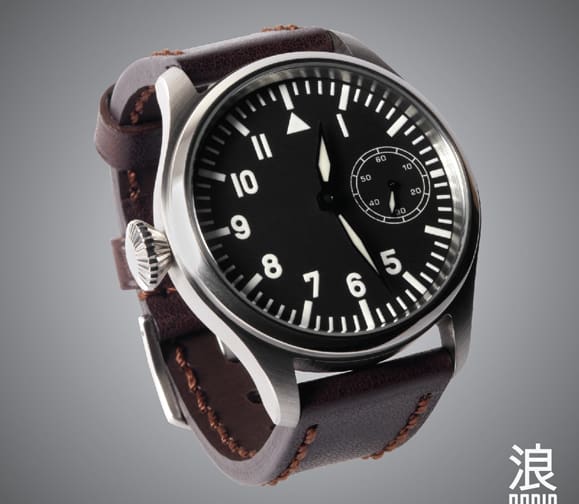 Author Zach Weiss
Zach is the Co-Founder and Executive Editor of Worn & Wound. Before diving headfirst into the world of watches, he spent his days as a product and graphic designer. Zach views watches as the perfect synergy of 2D and 3D design: the place where form, function, fashion and mechanical wonderment come together.
wornandwound zsw
Categories:
CrowdfundingNews & Releases
Tags:
By clicking “Accept All”, you consent to the use of ALL cookies. However, you may visit "Cookie Settings" to provide a controlled consent.
Cookie settings Accept All
Manage consent