The Timex Marlin was a huge hit when it landed last year, and to follow up on that massive success Timex has teamed up with menswear brand Todd Snyder to produce the latest iteration of the watch—one that’s been dubbed the Blackout.

In the 1950s, Timex established itself as a purveyor of dependable, affordable wristwatches, with the brand’s iconic “it takes a licking and keeps on ticking” campaign cementing that very notion with consumers. By the mid-‘60s, nearly half of all mechanical watches sold in the U.S. were from Timex. Today, however, Timex is better known as a supplier of affordable quartz and smart watches, having largely stopped production of mechanical movements in 1982. 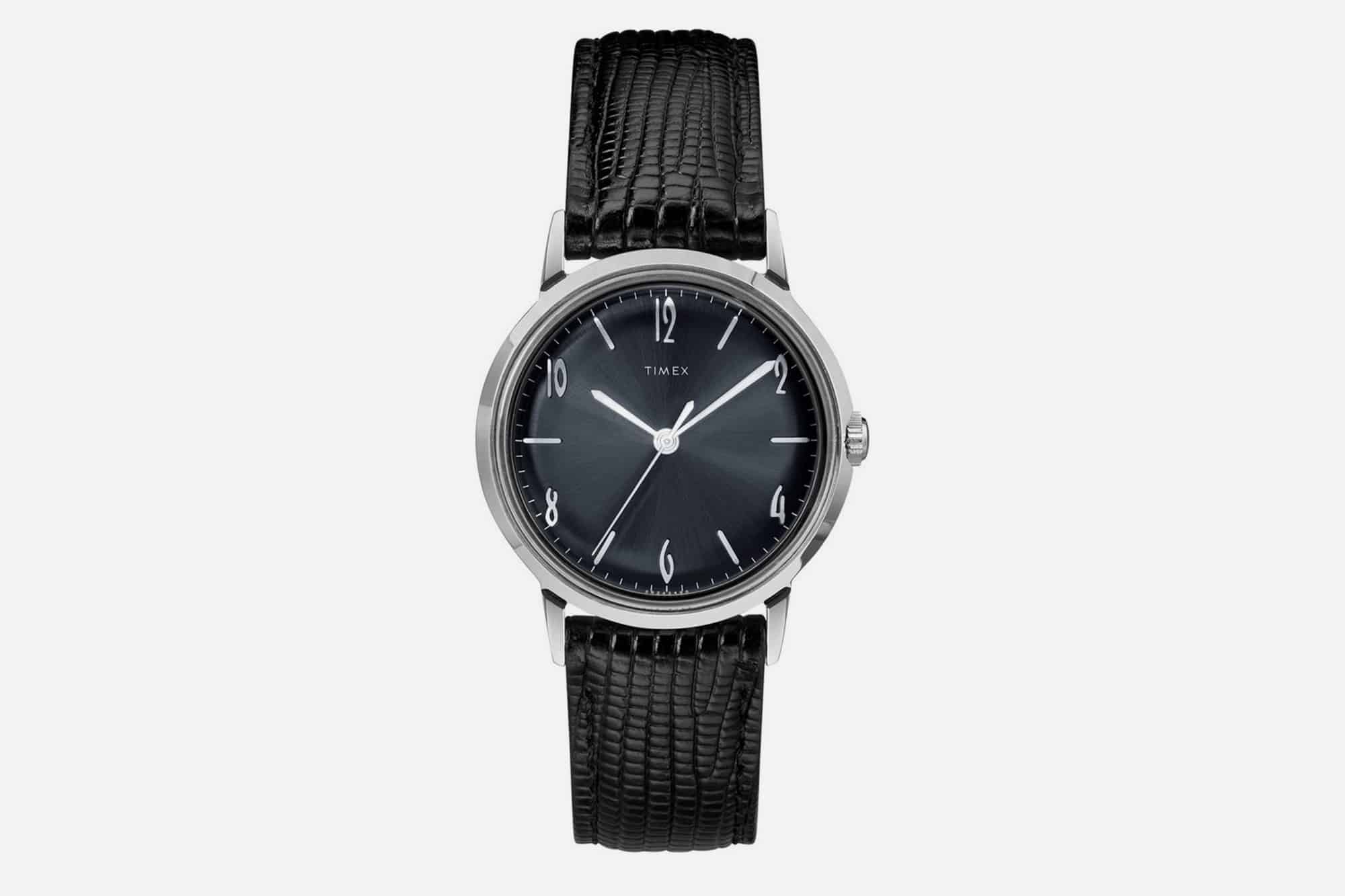 In this new version, the Marlin sports a black sunburst dial with silver markers and hands. Beyond that, the watch is largely the same, boasting a 34-millimeter case with a height of 10 millimeters, and a Chinese mechanical movement ticking away within. It’s a fun take on a relatively simple template, but it’s that simplicity that has made the Marlin such a success. It comes on a faux-lizard grain strap—not something I would normally ever wear, but it’s an easy swap.

The watch is currently a limited edition piece only available through Todd Snyder for $199. Todd Snyder

Author Ilya Ryvin
Ilya is Worn & Wound's Managing Editor and Video Producer. He believes that when it comes to watches, quality, simplicity and functionality are king. This may very well explain his love for German and military-inspired watches. In addition to watches, Ilya brings an encyclopedic knowledge of leather, denim and all things related to menswear.
ryvini
Categories:
News & Releases
Tags:
timex
Related Posts
Article / News & Releases