Bulova has always been, and continues to be, one of the great stories in American watchmaking. Throughout not just watch history, but American history, the brand has been at the forefront of change and a vanguard of style. Much of that legacy has to do with the man who founded the company, Joseph Bulova. The watches in the new Joseph Bulova collection pay tribute to the founder, and expertly evoke the era of the brand’s greatest influence, the 1920s-1940s.

The history of Bulova as a watchmaker starts with the story of the man who gave it its name. Joseph Bulova came to America at the age of 19, an immigrant from what we know today as the Czech Republic. Having already completed training as a watchmaker in Europe, he secured a position with Tiffany & Co., a growing firm at the time and not yet a household name.

In 1875, Joseph left Tiffany to start his own watchmaking company, then known as J. Bulova & Co. As the needs of the day dictated, pocket watches were the early forte of the firm, but by the time of WWI, it became apparent to Joseph and his son Arde, who was now with the company as a Vice President, that watches were moving to the wrist. Bulova was among the first brands to recognize this shift, giving them an important leg up on the competition, laying the groundwork for the large-scale manufacturing processes that would catapult the brand to the top of the watch game throughout the Jazz Age.

Bulova’s great manufacturing innovation was the idea of incorporating standardized parts into serially produced timepieces, which allowed for the streamlining of production and greatly increased the ease at which watches could be repaired. Easily replaceable watch parts are something modern consumers take for granted today, but in the 1920s this was a revolutionary idea that would prove to change the watch landscape forever.

Bulova reached a sort of design peak heading into the 1920s, as they began to create watches that were heavily inspired by the Art Deco movement. It’s this movement, and this time period, that the watches in the Joseph Bulova collection draw on most closely.

Art Deco is a modern art style that attempts to infuse functional objects — everything from clocks and watches, to cars, to buildings — with artistic touches. At a high level, it’s the reason that today, we can hold a modern piece of electronic equipment and recognize it as a beautiful object. Importantly, the Art Deco movement was defined by the idea that aesthetically pleasing objects could be machine made and mass produced, and enjoyed by anyone. It was egalitarian in nature, and the antithesis of what many critics thought of as much more elitist art movements of the day, including the Arts and Crafts and Art Nouveau styles. It makes sense, then, that Bulova, with an eye toward mass production based on interchangeable watch parts, would be drawn to the Art Deco movement.

The watches of the Joseph Bulova collection are highly distinctive and share a sense of aesthetic adventurousness with the Art Deco timepieces produced nearly 100 years ago. These are classic styles, very much of a time, but still somehow not dated at all. They can be worn in 2019 with flair in the same way they would have been in 1930. Interesting case shapes, highly stylized Arabic numerals, and ornate hands dominate the collection, creating visual interest at every corner.

The Breton is a great example of the style you’ll find throughout the Joseph Bulova collection. This watch has a square case, which is a bit unusual today, but at a time before the round watch case became dominant, would have been much more common. Inspired by a timepiece from 1928, the Breton features classic vintage inspired touches in the sword hands and gently brushed dial, but is fitted with a modern automatic Swiss movement and a sapphire crystal for long term durability. Like all models in the Joseph Bulova collection, each piece is limited to just 350 examples, and is individually numbered.

Other watches in the collection include the Commodore, with a round case but dramatic curved, open lugs, and a delicate finely linked bracelet. The Banker is a model with a tonneau case shape, very much a product of the era, and features your choice of a black or beige dial, each with a sunray pattern.

The Joseph Bulova collection is a fitting tribute to the founder of the brand, and serves as a sort of time capsule for watch enthusiasts who have a particular interest in vintage styles of the 20s and 30s. It also further cements Bulova’s association with Art Deco, and serves as an important reminder of the role the brand played in bringing beautiful objects to the masses. Tux or Ducks, the History and Evolution of the Bulova Regatta 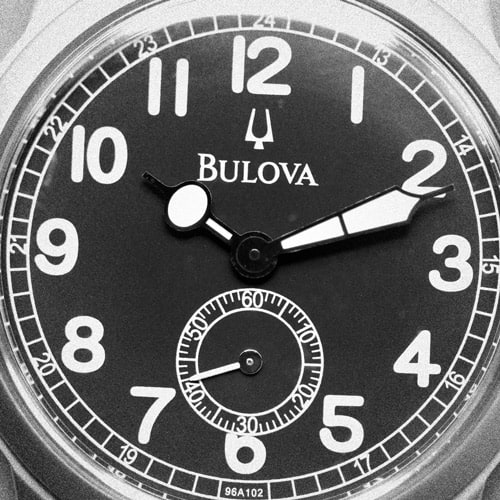 Author Sponsored
This is a sponsored post. It was produced in partnership with the brand discussed within. The brand may have supplied details, images, or videos included, but the content was approved by Worn & Wound.
Categories:
Sponsored
Tags:
bulovaSponsored
By clicking “Accept All”, you consent to the use of ALL cookies. However, you may visit "Cookie Settings" to provide a controlled consent.
Cookie settings Accept All
Manage consent