We first wrote about Straton Watch Co. in 2015 when the automotive-inspired brand unveiled its inaugural timepiece, the Vintage Driver Chrono. In the two years since, Straton has honed its aesthetic and expanded its offerings to include a mechanical version of that first watch, which was then followed by the Curve-Chrono (read our review here). Now, Straton is running a Kickstarter campaign for what may be its most refined watch yet—introducing the Syncro chronograph.

The Syncro collection blends the aesthetic of a racing chronograph with that of a dive watch. The end result is firmly ’70s-inspired, with the Syncro feeling very much like a new-vintage piece pulling on numerous historical cues. But even with all that aside, what you have here is a fun timepiece with a rock solid build. Specs include a case that’s rated to 200 meters, a bezel insert made of convex sapphire (and offered in two styles), a domed sapphire crystal sitting over the dial and a choice between two reliable Japanese-made movements.

The Syncro line consists of two movements—a chronograph with Seiko’s mechanical NE88 automatic caliber, and one with Seiko’s VK64 Meca-Quartz movement–both of which can be had in either the 40mm or 44mm case. Beyond that, Straton is also offering five different dial colorways (Versions A-E) with or without date, two different bezel insert options, as well as cases with both classic and PVD finishes. We spent some time with three of the possible combinations: a VK64-powered Version A dial with a block minute dive bezel; and a Version C and E­ dial–two NE88-powered chronographs both featuring a block minute checkered bezel, the latter with a PVD case. For our full thoughts on the Syncro series, check out the video review below.

All in all, these are attractive, well-made watches, and Straton really stepped up its game with this new series. As of this writing, the Meca-Quartz option is available for about $331, and the NE88 for $722. Both are amazing deals given all the components in each watch. Furthermore, each Syncro will be offered on one of the featured leather rally straps (or a mesh band for the Version C), as well as buyer’s choice of two additional racing nylon bands and a leather carrying case.

Straton blew through its goal on the first day of its Kickstarter campaign, and it doesn’t look to be slowing down. Estimated delivery date on these watches is August, 2017. Straton Watch Co. Syncro 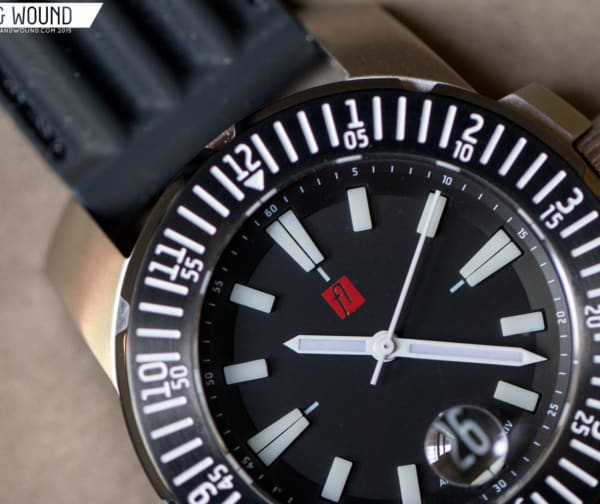 Author Ilya Ryvin
Ilya is Worn & Wound's Managing Editor and Video Producer. He believes that when it comes to watches, quality, simplicity and functionality are king. This may very well explain his love for German and military-inspired watches. In addition to watches, Ilya brings an encyclopedic knowledge of leather, denim and all things related to menswear.
ryvini
Categories:
ReviewWatches Under $1000
Tags:
Seiko NE88Stratonsyncro
Copyright ©2011 - 2023, Worn & Wound LLC, All Rights Reserved.
By clicking “Accept All”, you consent to the use of ALL cookies. However, you may visit "Cookie Settings" to provide a controlled consent.
Cookie settings Accept All
Manage consent