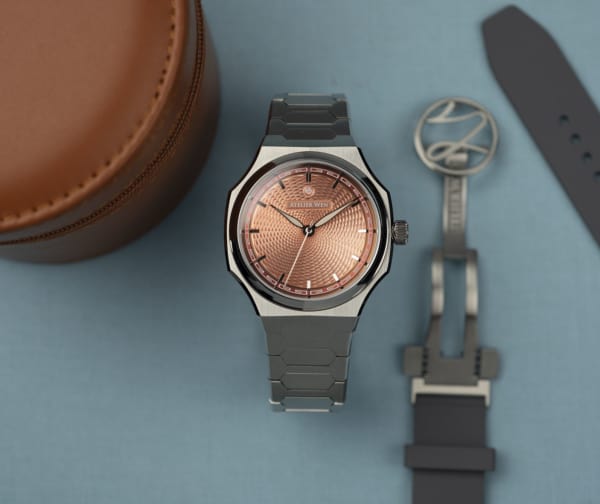 The Worn & Wound Podcast Ep. 242: IWC and the Miami Grand Prix
All Podcasts

Die Hard is one of the greatest action flicks of all time (it’s also one of the best Christmas movies ever made, and I challenge anyone to convince me otherwise). But the action classic is not without its faults, and there are a few pesky plot holes that fans have been arguing about for nearly three decades.

One plot hole involves the scene—SPOILER ALERT—where our hero John McClane, played by Bruce Willis, comes face-to-face with terrorist Hans Gruber, played by the late great Alan Rickman. In the scene, Gruber pretends to be a scared American hostage, but McClane sees past his ruse. The question that’s plagued movie buffs is how did McClane know. Well, it looks like we finally have our answer.

The film’s screenwriter, Steve E de Souza, has finally set the record straight. According to de Souza, there was a scene that ended up on the cutting room floor that explained that the members of Gruber’s team all wore the same wristwatch:

“Originally, they get off the truck, the camera craned up, you saw them in a circle and Alan Rickman says, ‘Synchronize your watches,’” de Souza said. “They all put their arms out in a circle with the camera moving down and they all had the same Tag Heuer watch. If you notice, the first guy Bruce kills almost by accident going down the steps, he searches the body, looks at the IDs. He steals the cigarettes which is a laugh,” de Souza said. “He looks at the watch which gets another laugh because you’re thinking he might steal the watch. As he kills each guy, he notices they all had the same watch. When he talks to Dwayne Robinson, he says, ‘I think these guys are professionals. Their IDs are too good. There’s no labels on their clothes and they all have the same watch.’”

The sequence was ultimately cut due to some continuity issues in the edit, but it makes sense that McClane would have noticed that Bill Clay—I mean, Hans Gruber—was wearing the same exact watch. So there you have it—mystery solved and just in time for Christmas. Introducing The TAG Heuer Connected Modular 45, the Evolution of the Brand’s Smartwatch Platform

Author Ilya Ryvin
Ilya is Worn & Wound's Managing Editor and Video Producer. He believes that when it comes to watches, quality, simplicity and functionality are king. This may very well explain his love for German and military-inspired watches. In addition to watches, Ilya brings an encyclopedic knowledge of leather, denim and all things related to menswear.
ryvini
Categories:
Featured
Tags:
Die HardTag Heuer
By clicking “Accept All”, you consent to the use of ALL cookies. However, you may visit "Cookie Settings" to provide a controlled consent.
Cookie settings Accept All
Manage consent