The PX Watches of Vietnam: A Survey of Non-Issued, Popular Military Watches of the Vietnam War 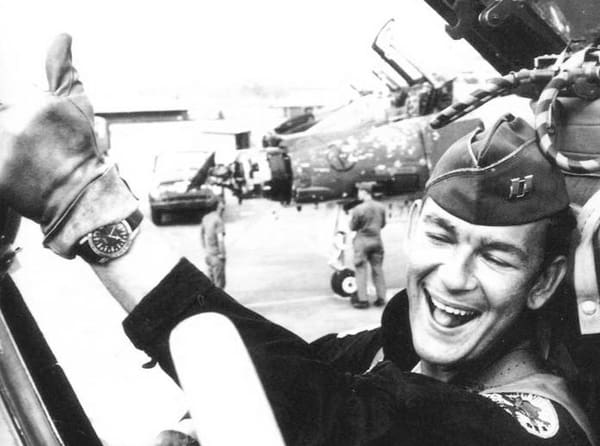 Though case back markings and the famous “broad arrow” are sure to get military watch collectors’ hearts racing, there exist myriad military watches that aren’t necessarily known as such because they were never issued by the military — rather, they were purchased by soldiers at the local PX. There’s truth in the expression, “time flies.” Sometimes, it feels as though time is rushing past us. But it can also feel menacingly slow. Our psychological time clocks and the general tenets that guide how we perceive the passage of time are explored in Steve Taylor’s new book, Making Time, and in it he offers ways to slow things down.

LA Times – Don’t Call it Breakdancing: ‘Breaking’ Tries to Bust Into the Olympics

Breaking dancing, or rather, “breaking,” has been around since the ‘70s. Since that time, it’s grown and today enjoys competitions worldwide, and with breaking being recognized as a high-level completive sport by the IOC it may finally become part of the Olympics.

I absolutely love bad movies. In fact, some of my top cinematic experiences have been at showings of bad films (if you’ve never been to a midnight screening of The Room, then you’re missing out). Writing for Long Reads, Michael Musto explores the phenomena, and why bad movies make us feel so good. Buck Mason makes some of the best tees around. Featuring a slubby, textured cotton and a curved hem, these tees both feel and fit great just in time for the coming summer months. A good pair of desert boots go a long way. This example, the Greenflex chukka from Italian-brand Astorfex, are basically a lux version of your favorite pair of Clarks. The suede is soft and rich, the lining is high-quality, and they’re built for day-to-day wear.