Since 1972, the Contrôle Officiel Suisse des Chronomètres, or COSC, has been the official Swiss regulatory body for chronometers, providing testing and certifications to much of the Swiss watch industry. The COSC’s stringent chronometer certification is certainly a badge of honor for any watch, but many manufacturers choose to go above and beyond with their own in-house chronometer testing. Whether for anti-magnetism, water resistance, or even greater raw accuracy, these private tests represent the absolute pinnacle of mechanical accuracy and quality.

Without a doubt, the most familiar of these trials is Rolex’s Superlative Chronometer standard. While Rolex represents the vast majority of movements tested by the COSC annually, the brand takes it upon itself to further test COSC-approved watches to tighter tolerances. While the COSC demands an impressive -4/+6 seconds a day, measured across 15 days, five positions, and two temperatures, Rolex adds several additional criteria. To begin with, the Superlative Chronometer test measures cased watches rather than the COSC’s standalone movements. In addition, Rolex tests water resistance, automatic rotor performance, and power reserve testing while reducing the average rate to an impressive -2/+2 seconds a day. What really makes the trial impressive isn’t the strict tolerances, however–it’s the sheer volume of watches. Rolex annual sales estimates range from anywhere between 450,000 and 1.2 million watches a year, every one of which is Superlative Chronometer certified. 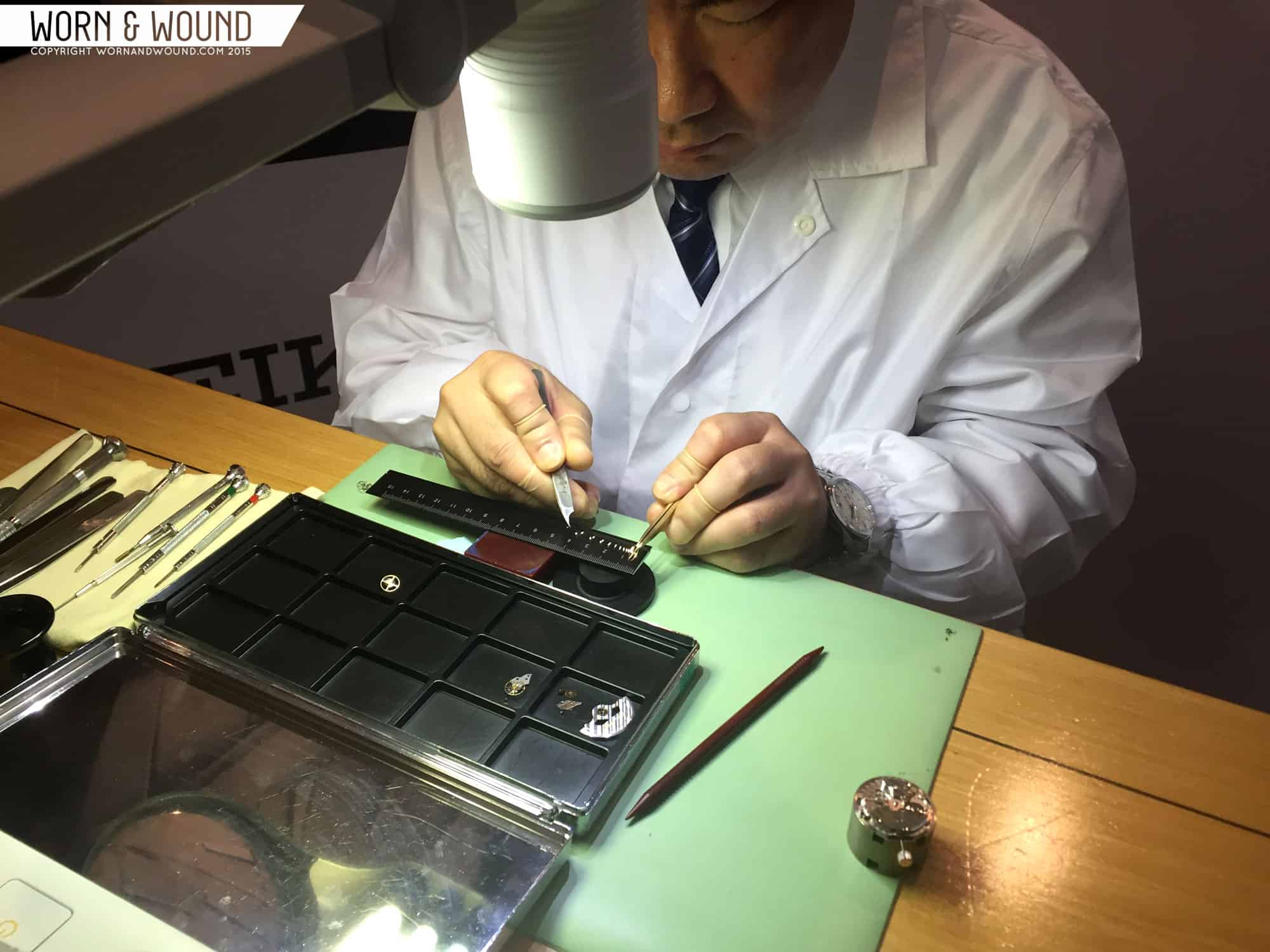 While Rolex certainly runs the biggest operation, they’re far from the only one in the game. Perpetual Worn & Wound favorite Seiko also has an in-house chronometer standard, most notably for the flagship Grand Seiko line. The Grand Seiko Standard Inspection builds on the already sturdy bones of the COSC’s test with an additional two days of testing–up to a total of 17. The Standard Inspection also adds an additional testing position–12 o’ clock pointing upwards–to the COSC arsenal of five (6 o’clock pointing upward, 3 o’clock pointing upward, 9 o’clock pointing upward, dial facing downward, and dial facing upward), and tightens up average rates from -4/+6 to -3/+5. Maximum rate variation is also reduced from six to five seconds per day. Seiko produces this lofty standard at a much lower cost than most competitors, and chronometer-certified Grand Seikos stand as some of the greatest horological bang-for-your-buck in the industry. Not all in-house chronometer tests come from industry giants. In fact, the next test on the list doesn’t come from one particular brand at all, but from the watchmaking city of Glashütte. Glashütte, long the center of German watchmaking, offers chronometer testing in the Glashütte Observatory for several Teutonic labels including Wempe and Glashütte Original. The observatory is operated by the German Calibration office and tests to DIN 8319, a German industrial standard nearly identical to COSC’s ISO 3159 regimen. DIN 8319, however, has a few special caveats; like Rolex’s Superlative Chronometer test, the Glashütte Observatory tests finished watches, but only accepts movements with a hacking function for ease of time setting. The Glashütte practice of accepting multiple brands is certainly progressive, but recently one of the biggest names in the industry took it one step further. In late 2015, Omega launched a partnership with METAS, the Swiss Federal Institute of Metrology, to open a new test laboratory at the Omega headquarters in Biel. While the initial purpose of the Biel lab is to test and certify Omega’s Master Chronometer line, the test is open to any interested manufacturer. That being said, given the certification’s stringent anti-magnetic requirements (see below), it is currently prohibitive to most.

The METAS test, while only 10 days compared to COSC’s 15, packs a much heavier punch. The first four days of the trial subject the movement to six different positions (like Seiko, these are 12 o’clock up, 6 o’clock up, 9 o’clock up. 3 o’clock up, dial upwards, and dial downwards), two temperatures of 23 and 33 degrees Celsius (73.4 and 91.4 degrees Fahrenheit), and exposure to a 15,000 gauss magnet. During this stage, accuracy is checked photographically, with a picture of the movement taken every 24 hours and cross-referenced with UTC time. If the movement survives the first stage, it is tested again dial upward and dial downward while re-exposed to the 15,000 gauss magnet. At this stage, accuracy testing is handled by sound as extremely sensitive microphones listen in on the ticking movement. For stage three, the watch is fully cased and subjected to an identical magnetic test to the previous stage. After this, each piece is depth rated in a pressure tank, then audio checked for accuracy at both 100 and 33 percent power reserve. Through this grueling regimen, a METAS-certified chronometer is allowed significantly less average rate deviation than its COSC counterpart–a mere -0/+5 seconds per day. The COSC remains a powerful force in the watchmaking world, providing a solid, reliable standard for the Swiss industry. But it represents only the tip of the iceberg for truly high-end testing. Beyond what we’ve covered today, there are many other companies and organizations taking different approaches to the same problem, coming up with unique and ever-stricter solutions and pushing forward the envelope for mechanical watchmaking.