Timex has been steadily increasing their profile in the watch enthusiast community over the past several years with the reintroduction of the mechanical Marlin line and interesting collaborations with the likes of Todd Snyder and Hypebeast. There aren’t many brands that can successfully look back decades into their archives for inspiration and remain relevant in contemporary fashion circles, but Timex has been doing just that. Their newest  release, the American Documents #001 collection, takes American manufacturing and ingenuity as its inspiration, and pays tribute to Timex’s very American history. But it’s not just that. What makes this watch distinct is that every part — excluding the Swiss quartz movement — is manufactured entirely in the United States. Let’s take a look. The American Documents #001 watch is a simple time and date affair, with your choice of four color variants. The dial is laid out in a classic style with a sub-seconds register at 6:00 and date window at 3:00 that is small enough to not appear too obtrusive, even on the dials where it creates a color contrast. The cases are forged stainless steel and use a Swiss quartz movement, keeping the cost down to $495 each. 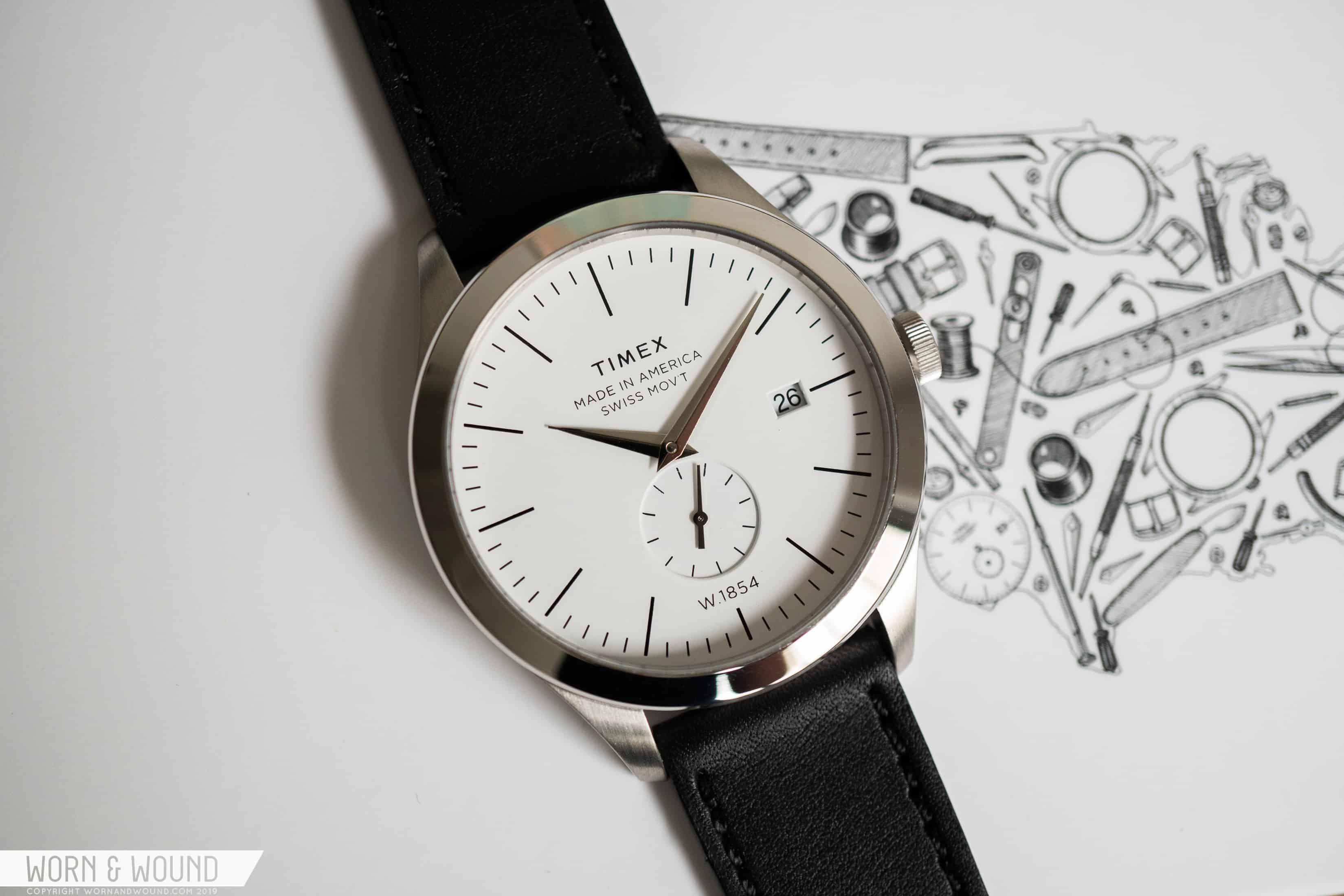 While there is no doubt this is a nice looking watch, Timex is rolling the American Documents series out with a real focus on how they are made, and hoping that the story of American watchmaking comes through in these timepieces and resonates with their customers. As I wrote above, with the exception of the movement, every component, from the Gorilla Glass crystal made in Massachusetts to the leather straps made in Red Wing, MN by S.B. Foot Tanning, is sourced in the USA. Timex takes well deserved pride in their status as America’s preeminent watchmaker, and has placed a focus not just on production, but American craft, by strategically using partners to develop many of the components. In some ways, it’s the opposite of in-house watchmaking, but there’s an honesty and an appeal in the collaborative work being done here. When you consider the complexities that are inherent in manufacturing a mass produced item like a watch for a worldwide market, it’s pretty impressive that Timex is able to produce such a large percentage of the finished product here in the US. Even more impressive is their ability to keep the cost low, and not make sacrifices to the little design details. For example, each watch has an attractive brass crown insert and matching caseback coin that pay homage to the “Brass City” of Waterbury, CT, where Timex has been based for 165 years, and each of these watches is assembled by hand. As a New Englander who grew up wearing a Timex Indiglo, I find something immensely satisfying about seeing the brand embrace their roots in this way. 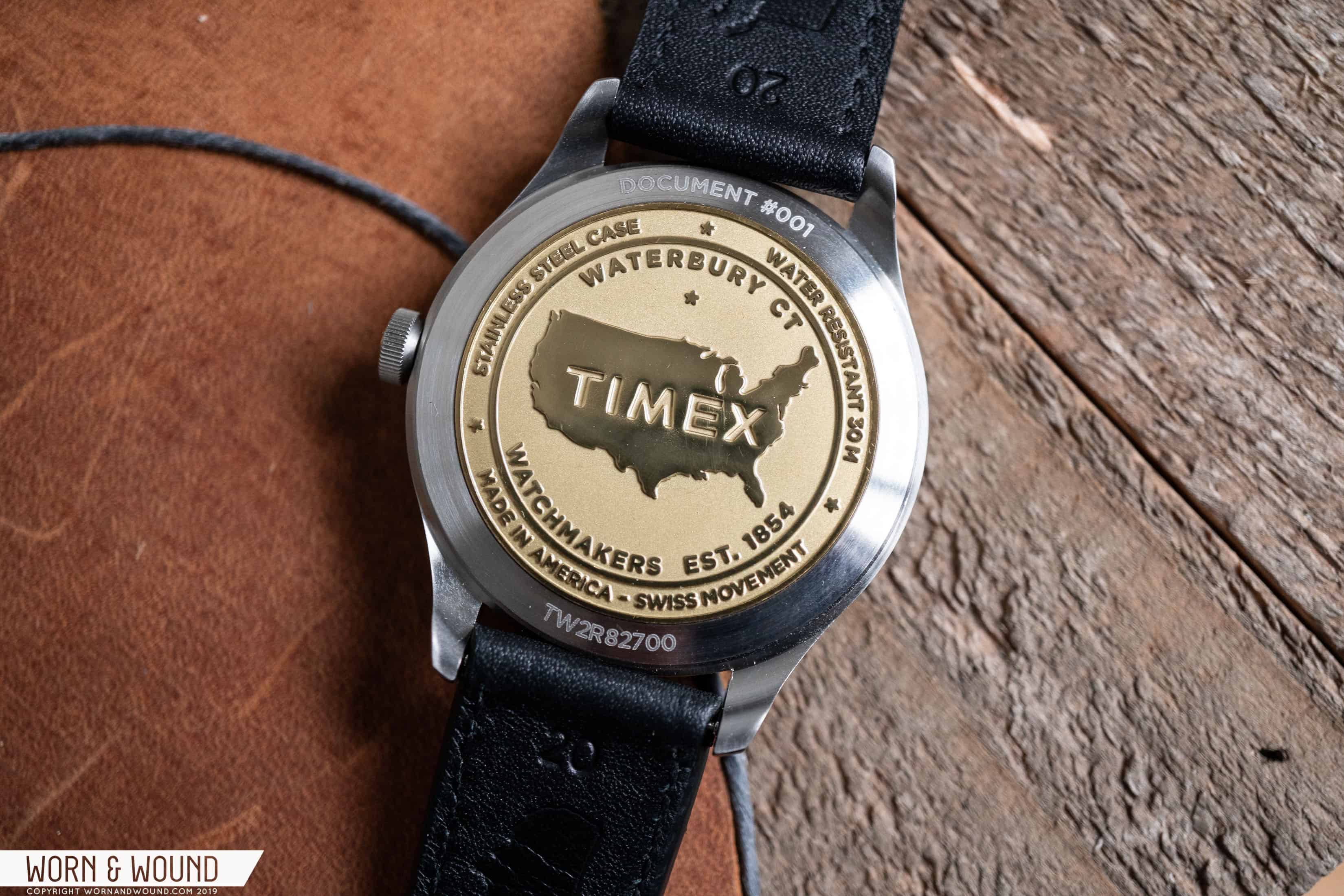 Watch brands tend to put a lot of value into where and how a watch is made. It’s natural — it’s a point of pride to make something in your home country, and over time there’s an association with quality created with consumers that’s built into the country of origin itself. It happens at all price points, and in all areas where watches are produced. But very often, the consumer doesn’t know exactly what “Swiss Made” or “Made in America” really means when it comes to the sourcing of the various components and the labor that goes into making them. Timex has gone to considerable lengths to provide transparency on where each component is produced, which is to be commended in an environment that is often built on obfuscation. Timex

Let us know what you think about Timex’s American Documents collection and the brand’s push to produce watches in the United States by leaving a comment below.

Author Zach Kazan
Zach is a native of New Hampshire, and he has been interested in watches since the age of 13, when he walked into Macy’s and bought a gaudy, quartz, two-tone Citizen chronograph with his hard earned Bar Mitzvah money. It was lost in a move years ago, but he continues to hunt for a similar piece on eBay. Zach loves a wide variety of watches, but leans toward classic designs and proportions that have stood the test of time. He is currently obsessed with Grand Seiko.
Categories:
News & Releases
Tags:
made in americatimex
Related Posts
Article / News & Releases