The French watchmakers at YEMA have been honing their craft since 1948 in Franche-Comté, the French region in the Jura mountains just a few miles away from Switzerland. Never has their expertise been more evident than this year with the release of their second-generation in-house calibers YEMA2000 and YEMA3000. A closer look at these movements reveal a wealth of knowhow and ingenuity, and signal exciting things to come for the brand.

The YEMA2000 is the brand’s new base movement and will serve as a foundation for a new generation of watches. The automatic movement is adjusted to 4 positions, meaning you can expect a greater level of accuracy from comparable Swiss movements. With 42 hours of power reserve and an optional quick-set date complication, watches equipped with the YEMA2000 will provide clear practicality and usability to the wearer and improved precision than their first-generation calibers. 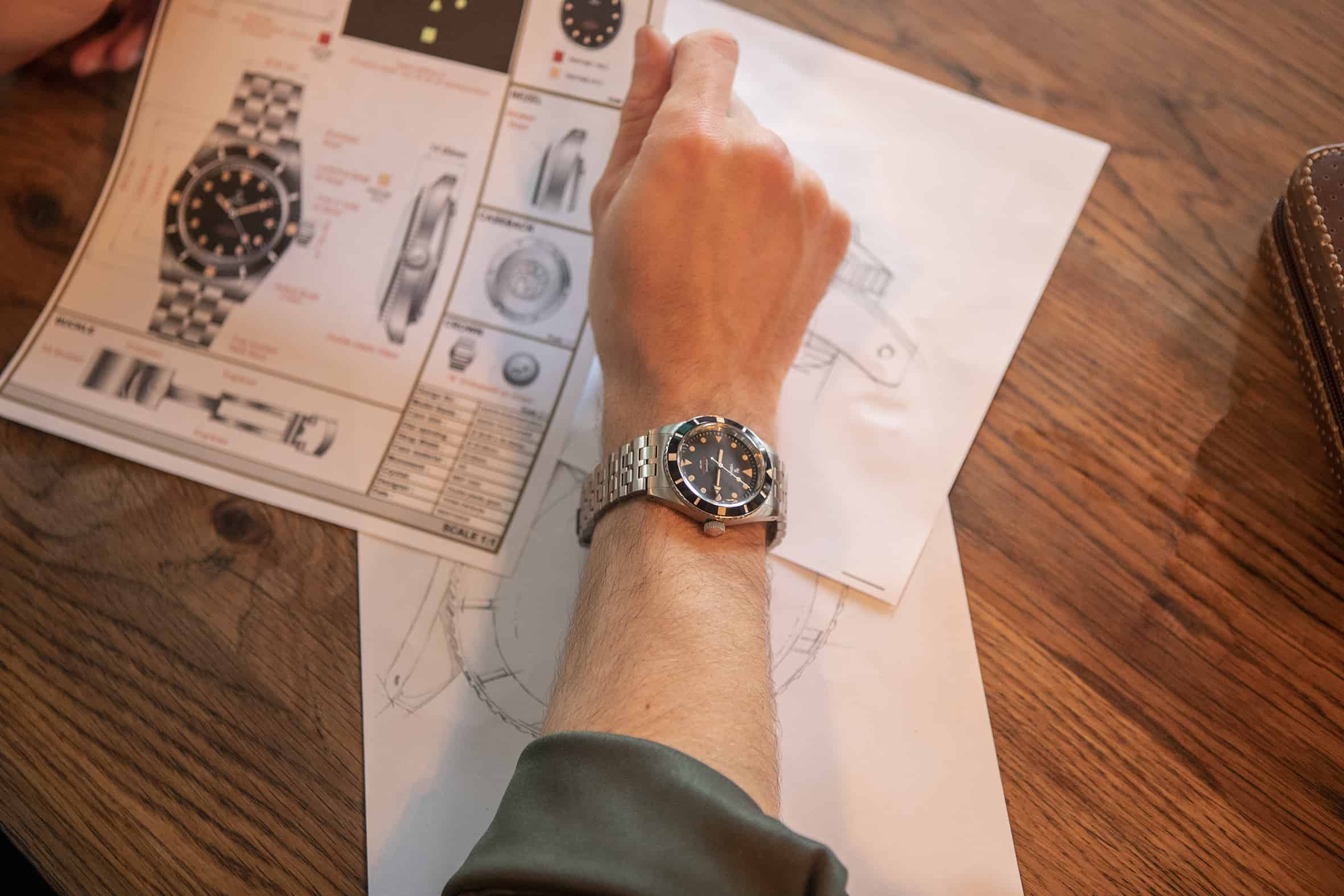 The YEMA3000 is built upon the base YEMA2000 and adds a 24 hour GMT hand complication for another level of practicality. With a GMT hand you can easily track a second time zone during your travels, or just keep tabs on a distant loved one when getting away just isn’t possible.

YEMA’s new generation in-house calibers are powered by optimized components yielding slightly better performance than standard-grade Swiss calibers. This is a clear strategic move, YEMA is one of the few watchmakers proposing in-house alternatives to generic Swiss calibers in this entry-level pricing range. These new YEMA movements come from the mind of Jean-Paul Boillot, YEMA’s Master Watchmaker. Boillot is a 4th generation watchmaker, with his 40+ years of service he brings a wealth of knowledge and expertise to the YEMA team, and the region as a whole. YEMA partners with Lycée Edgar Faure in Morteau to train young watchmakers looking to begin careers in the space between France and Switzerland, the partnership plays an important role in fostering the regional watchmaking ecosystem. Additionally, YEMA works closely with Morteau’s town leadership on projects meant to further develop the watchmaking activity in the region, including an incubator for watchmaking start-ups planned to launch in the near future.

In order to partially finance R&D costs of the new calibers, YEMA recently launched a Superman Bronze Limited Edition via Kickstarter through which over $2m were raised. These models equipped with the new calibers quickly sold out, which shows the growing popularity of the brand.

This month of November, two new models equipped with the new calibers have been released: The PEARLDIVER is YEMA’s very first collaborative watch project carried out with a fan of the brand. During the past 12 months, the project creator had the opportunity to discover the different facets of watch creation, from design to prototyping and production. This professional diving watch is strongly inspired by the YEMA Navygraf II of the 1970s and offers a perfect vertical symmetry with its no-date dial and non-graduated bezel that displays the same markers and symbols on both sides. With its contained 38mm size and 46mm lug-to-lug along a superdome hesalite crystal, the PEARLDIVER is the perfectly fitting neo-vintage toolwatch for wrists up to 7.5″ (19cm). The PEARLDIVER is priced from $690, view it right here. Unbeknown to most people, Seiko briefly owned YEMA during the 1980s-1990s. During this period, many iconic YEMA models were influenced by Seiko’s design team, often recognizable by the cases with a 4 o’clock crown position and the dials with oversized markers. End of this month, YEMA is launching a reinterpretation of their popular Navygraf Heritage model reissuing a YEMA-Seiko period maxi-dial with flashy orange accents and a reinvented sapphire bezel with 15 minutes markers. The Navigraf is priced $690, and will launch on November 30th.

Perhaps most impressively, these watches housing the new YEMA2000 caliber are all priced between $700-$1,000, making them an interesting in-house alternative to brands proposing generic calibers in the same pricing range. Tap into the history and discover these watches for yourself from YEMA, right here.

Author Worn & Wound
This is the house account for Worn & Wound. We use it on general articles about us, the site and our products.
Categories:
Sponsored
Tags:
SponsoredVirtual Windup Watch Fair 2020Yema
Related Posts
Article / News & Releases

By Blake Buettner 25.09.2020
Yema has announced an expansion to their in-house movement offerings …
Article / Featured