Few would deny that some of the coolest watches in existence were those developed in cooperation with militaries around the world. These watches truly embodied the “tool watch”; they were purpose-built to survive some of the harshest situations imaginable, and were often critical to timing and coordinating missions and other military activities. These watches had to be robust, functional, and immediately legible—three factors that inherently led to some of the most beautiful and iconic watch designs of all time.

The world of military watch collecting is vast and it can be somewhat of a daunting endeavor, and in terms of value, prices can range from just a few hundred dollars on the low end to hundreds of thousands on the high. Over the past couples of years, these prices have steadily—and sometimes not so steadily—crept upwards, though there are still some great deals to be had if you’re willing to look past the hype. Today, we’re going to take a look at one of those deals, a watch that is grossly underrated and one that is a personal favorite—the Smiths W10.

Before we get to the watch, let’s first take a closer look at the brand. If the name “Smiths” rings a bell, it’s likely due to the company’s connection to a significant historical event—the 1953 summit of Everest by Sir Edmund Hillary and Tenzing Norgay. Though Rolex often gets a larger share of the spotlight for being one of the brands whose watch (an early Explorer) accompanied the duo on their incredible journey, Smiths deserves just as much of the attention for their participation in the event, perhaps even more so. Though the history gets dicey here—and it’s often made even more confusing by 60 years of marketing and hearsay—by some accounts it was a Smiths, not a Rolex, strapped to Hillary’s wrist when he made that historic summit.

But to go back even further, Smiths was founded in 1851 by Samuel Smith, who focused primarily on the manufacture of precision instruments across a number of different industries. The company would later expand to include the burgeoning automotive and aviation industries, with Smiths supplying instruments and gauges for cockpits and dashboards, as well as numerous other accessories related to the two respective fields.

Smiths would also get involved in the production of clocks, and by the onset of the Second World War Smiths’ clock production accounted for nearly 50% of the market in the UK. It wasn’t until the end of WWII that the firm expanded into wristwatches, with Smiths opening a dedicated watchmaking facility in Cheltenham. From that point on until the late ‘70s, Smiths produced numerous watches under lines such as Astral, Avalon, and De Luxe (the line of the aforementioned Everest watch), just to name a few. Throughout the ‘50s, ‘60s, and ‘70s, Smiths also held contracts to supply watches to the Ministry of Defense, with the W10 being perhaps the most iconic of the bunch. By the end of the ‘70s, Smith’s watchmaking division—like so many brands across Switzerland—was in peril, and after being declined aid from the government Smiths decided to cash in its chips and refocus resources on other endeavors. And as history would have it, the W10 would become the last serially produced British watch with all of its components—including the movement—to be manufactured in the UK.

Coming in at 35mm with an approximate lug-to-lug height of 40mm, the W10 is small by modern standards, but perfectly sized as far as vintage goes, and the longer prominent lugs make it a bit more wearable for those of us with larger wrists.  The lug bars are fixed, a common feature amongst mil-spec watches, so the W10 is an ideal match for most nylon mil-straps. The screw down case back has 6 notches for easy removal, as well as all pertinent military engravings. There is a variant of the W10 that was issued to the Royal Air Force (RAF), and these watches have case back markings starting with “6B.”

The black dial features a somewhat traditional aviator configuration found on numerous mil-spec watches: a legible hours index with a triangle at 12, sword hands, and an outer railroad track for the minutes. Right under 12 is the “SMITHS” logo and an encircled T indicating the presence of tritium. Above 6 is the pheon (broad arrow), the official mark designating property issued by the British government dating back to the 17th century. Right below 6 along the inner perimeter of the minutes track is a proud “MADE IN ENGLAND,” a small element that differentiates the W10 from scores of other mil-spec watches.

Powering the W10 is the cal. 60466E, a 17-jewel manual movement produced in-house by Smiths. The plates and bridges feature frosted gilding, a type of decoration commonly found across English watchmaking. The 60466E was heavily influenced by the architecture of the Jaeger LeCoultre caliber found in the Mark XI dating back to the late ‘40s, likewise sharing a dust cover to protect the caliber from magnetization. Per military specifications, the movement hacks.

Relatively speaking, the W10 is not a rare watch, with fine examples periodically popping up on eBay. Most asking prices teeter just north of $1,000, with high asks floating around the $1,750 mark depending on condition. For those not interested in diving headfirst into the vintage rabbit hole, there is a contemporary option. The Smiths trademark is currently owned by Eddie Platts of Timefactors, and under the Smiths umbrella he’s released the PRS-29A and the PRS-29B. At 36mm, the former is a faithful recreation of the W10, featuring largely the same dimensions and features as its historical predecessor. The latter is an enlarged take at 39mm, with some upgraded features like a bombé sapphire crystal and drilled through lugs with removable spring bars. Both are powered by a manual ETA 2801 movement.

The reproductions are solid watches, for sure, and if your budget is tight they’re a great option for a nearly identical aesthetic and the solid build quality Platts is known to deliver. If you can extend the budget, I’d go with a vintage W10, which is at the end of the day a fantastic watch with an incredibly interesting history. 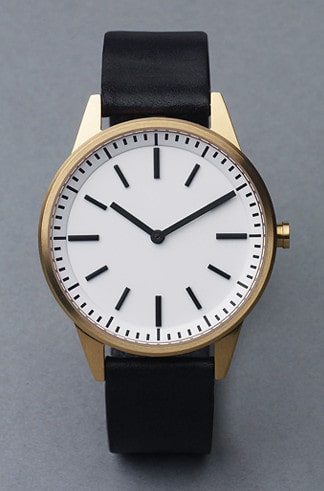 Author Ilya Ryvin
Ilya is Worn & Wound's Managing Editor and Video Producer. He believes that when it comes to watches, quality, simplicity and functionality are king. This may very well explain his love for German and military-inspired watches. In addition to watches, Ilya brings an encyclopedic knowledge of leather, denim and all things related to menswear.
ryvini
Categories:
Multi-Part Series
Tags:
militarySmithstime specw10
By clicking “Accept All”, you consent to the use of ALL cookies. However, you may visit "Cookie Settings" to provide a controlled consent.
Cookie settings Accept All
Manage consent